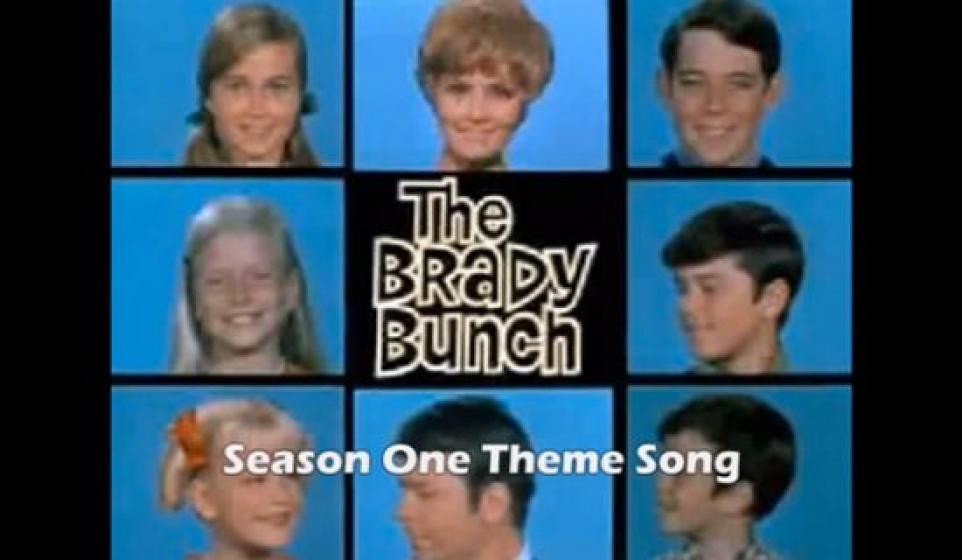 It's We Are:The Guard's Top 10 Best 70s TV Show Openings and Intros! Yes, the advent of television has changed the entertainment world in ways we can never imagine. Since its inception, various forms of shows and programming have been conceived and modified to bring the entertainment industry right into the homes of the common folks. It’s a more intimate, convenient and accessible form of medium that the entire family can enjoy. Well, back in the day at least, before reality TV corrupted and sullied this once noble entertainment apparatus.

I remember when watching TV used to be fun. When it was mostly a family-oriented affair. When it was the 70’s! That’s right, the 70’s. It’s the ‘Golden Age’ of Television if you ask me. Pundits or so called ‘experts’ might disagree but hey, to each his own. It’s the perfect decade for TV programming as the 70’s was the ultimate proving ground for socio-political issues, norms, cultures etc. Everyone had a lot of things to say but the conversations never ventured into ‘tinfoil hat’ or ‘train wreck’ territories. It’s your perfect kind of crazy: Zany yet grounded and opinionated yet civil.

Fewer decades have produced more iconic TV shows and personalities like the 70’s. And in honor of this iconic era in TV, we give you the best 70’s TV show openings that undoubtedly defined this transformative decade. So bring out the dusty disco ball and put on a pair of flared pants coz it’s gonna be a groovy trip down memory lane of the best 70s TV intros ever!

Kicking off the countdown is the opening song to perhaps the most unlikely hit of all 70’s TV shows. I’m talking of course about ‘The Brady Bunch.’ You see, this iconic sitcom wasn’t really a commercial or critical success during its initial run (from 1969-1975), but slowly but surely, it was brought back to life by children and teenage viewers via syndication thanks in part to Marcia who became America’s sweetheart albeit on second try and of course to the sunny, happy-go-lucky theme song that immortalized the sitcom. Though ‘The Brady Bunch’ went on to spawn more sequels, spin-offs and reunion films just to name a few, its greatest achievement was creating this cheesy masterpiece of a song that’s responsible for my first ever eargasm. Yeah, you can’t forget your first time and just like the sitcom, its appeal doesn’t strike you at first try. It builds up on you slowly until you fall head over heels for it. There’s no rhyme or reason, it just is. If you don’t like this song, then we can never be friends. I’m dead serious!

‘Gilligan’s Island’ is a cultural icon as much as it is the first ultimate survivalist show. If you can watch an entire episode without giggling or scratching your head, then you’ve survived. Then there’s the equally iconic theme song. With its familiar melody and easily recognizable lyrics, this opening tune is definitely fun to sing along with especially in the shower. If you haven’t done that after watching a few episodes, then you’ve survived as well. Originally aired for three seasons on the CBS network from 1964-1967, the show blew up in the 70’s by way of, yes you guessed it, syndication (again). ‘Gilligan’s Island’ is what a sitcom should be: Silly, over-the-top at times but with not a single bad bone in its body and an equally pleasant theme song to boot. Totally in a class of its own!

THE DUKES OF HAZZARD

Wow! Where do I begin? Well, the car, the hair, the hot girls and the iconic short-shorts. That sure is a mouthful right there. ‘The Dukes of Hazzard’ is a farm-raised organic TV show that’s good to the bone. Set it off to a finger lickin’ good country song then you got yourself a classic folks. The premise of the show might be simplistic and silly but who cares? It’s enjoyable to watch and its opening music is catchy with really pleasing lyrics that just melt in your mouth. Watch it while chugging a cold beer on an oppressively humid summer afternoon and you’ll know what I mean. While you’re at it, sing along to the catchy theme song and you got yourself a redneck party.

ALL IN THE FAMILY

Now this one is a gem. This crass, annoyingly beautiful song is an intro to probably the most revolutionary sitcom ever produced on TV. ‘All in the Family’ broke a lot of boundaries as far as the content is concerned. It had everything from racism to abortion, The Vietnam War to homosexuality, rape and just about any controversial issue there was. With ‘All in the Family,’ no topic and musical notes were safe. Sure, it was uncomfortable to watch at first but as soon as you’ve warmed up to it, you’d be asking for more--just like this excruciatingly ethereal song. Watch and listen to ‘All in the Family’ and expect to be mildly offended but royally entertained.

It might be dubbed as the ‘comedy of errors,’ but ‘Three’s Company’s’ rise to prominence in the 70’s was never a mistake, especially the groovy, ‘cool as a cucumber theme song that came with it. It was the sitcom for Middle America during its heyday as it made fun of everyday issues that regular folks dealt with on a regular basis like keeping up with the rent. It’s actually one of the best slapstick comedies ever created as it wasn’t shallow at all. It had a lot of things to say no matter how simplistic the material was; much like its timeless theme song. It’s straightforward and quite generic but there’s an air of coolness to it that you just can’t point out, much less shake out of your system. ‘Three’s Company’ is a comedic and musical masterpiece indeed.

I guess it’s really true what they say that everything is bigger in Texas. Case in point: This long-running American prime time soap opera that’s loosely based on one of its largest cities bearing the same name; ‘Dallas.’ It was the biggest thing on TV during its reign with bigger than life characters that were vibrantly brought to life via its bold, groovy and somewhat shady theme song. The show was basically about two feuding rich Texan families and their constant power struggle, dirty schemes and scandals among other things set up against the expansive Dallas real estate. ‘Dallas’ was famous for its cliffhangers but perhaps more notable for its intrepid opening song. So take a listen and soak in the drama, the intrigue and the scandal that only ‘Dallas’ can concoct and brandish with pride.

When a series’ finale becomes the most watched show in the history of US Television with a record-breaking 125 million viewers (mind you), that’s when you know that it is something special. Cue the equally gripping theme music entitled ‘Suicide is Painless’ and the experience itself becomes transcendental. It’s the best of both worlds: great writing and impeccable musical score. It didn’t rank number 25 on TV Guide’s 50 Greatest TV Shows of all time for nothing. It earned its accolades one stirring episode after another. A show about a team of doctors stationed at a war-torn foreign nation (Korean Peninsula) that eventually became an American TV staple throughout the 70’s, is unheard of and is an achievement that is yet to be surpassed even today. MASH’s run actually lasted more than three times longer than the actual conflict it depicted. That’s how special this show was. And a big part of its success is its stirring, viscerally raw opening song as it encapsulated everything that is so exceptional about the show. It didn’t even need lyrics to achieve this seemingly impossible task. Yup, it’s epic. Enough said.

It’s the first of its kind. ‘Beverly Hillbillies’ is the first ever ‘fish out of the water’ themed television show and the first of its genre to feature an opening song that resembled that of a nursery rhyme. Well, I’m not exactly sure about the second part. What I’m actually sure about is that this show is an excellent rags to riches sitcom. A poverty-stricken mountain man discovers oil on his land while hunting for food and got rich in the process so he moved his family to (of all places) Hollywood. Why? I don’t know and quite frankly, I don’t care as this silly premise was a gold mine (pardon the pun) for comedic situations. The equally ridiculous theme song took the silliness to a whole new level and what ensued was like unearthing a rare gem that got funnier, better and more polished with time.

LAND OF THE LOST

OK, special effects aside, this show was groundbreaking when it first came out. ‘Land of the Lost’ is an adventure television series that appeals not just to kids but their parents as well. It became a cult classic which gave way to syndications, remakes, movie adaptations and more but the best and probably the only thing that can’t be recreated is its awesome opening song. Even with modern technology and the help of the best Pro Tools money can buy, the aura, the feel and the effect this song had/has on me and the rest of the fans can’t be equaled, much less surpassed in my humble opinion. It’s a real nostalgia-inducer and it always reminds me of one of the happiest times of my life which is my childhood.

One word, ELECTRIC! I mean who wouldn’t love this amazing show? It had everything going for it: Silly costumes, impractical special powers, cheesy super hero names, cardboard-like special effects and most of all, a really, really awesomely bad theme song. OK, it only lasted for one season but everybody knows it doesn’t mean a thing. The plebeian taste isn’t the most exquisite of all. Maybe ‘Electra Woman and Dyna Girl’ was too refined for the masses. Well it’s their loss. Perhaps its greatest contribution to TV and the music industry is its electrifyingly cheesy opening song. Take a listen and I guarantee that the hairs on the back of your neck would stand when all is said and done. It is the epitome of unregulated awesomeness. Take that, simpletons!

Crime-busting youths, check! Sentient car from scratch that transforms into a state-of-the-art piece of machinery at will, check! An unassumingly addictive opening song, well double check that! Yup, Wonderbug is the bomb! Or at least it was. But it still is if you ask me. ‘Knight Rider’, ‘Herbie’ or ‘Speed Racer’ can’t hold a candle to this crime fighting machine from junk. I’ve always wondered that if ever Schlepcar (Wonderbug’s alter ego) can carry a tune, it would sound exactly like this. Damn! Kids these days are missing out on a lot. If there’s any consolation, they can always check the video out and experience epicness like never before. Wonderbug is definitely head and shoulders above whatever is on TV right now so get ready to be mesmerized!

Whew! That was one hell of a ride down memory lane. Nostalgia overload! I feel like a completely different person after going through each one of these opening songs. The 70’s was really an innovative decade; transformative even. It’s always nice to visit stuff like these every now and then because they take you back to some of the happiest times of your lives--when everything’s magical and carefree. These songs are not just the soundtrack, but the perfect antidote/alternative to trash TV of today. Hope you enjoyed these best 70s TV show introductions. Do ‘The Hustle’ if you agree!