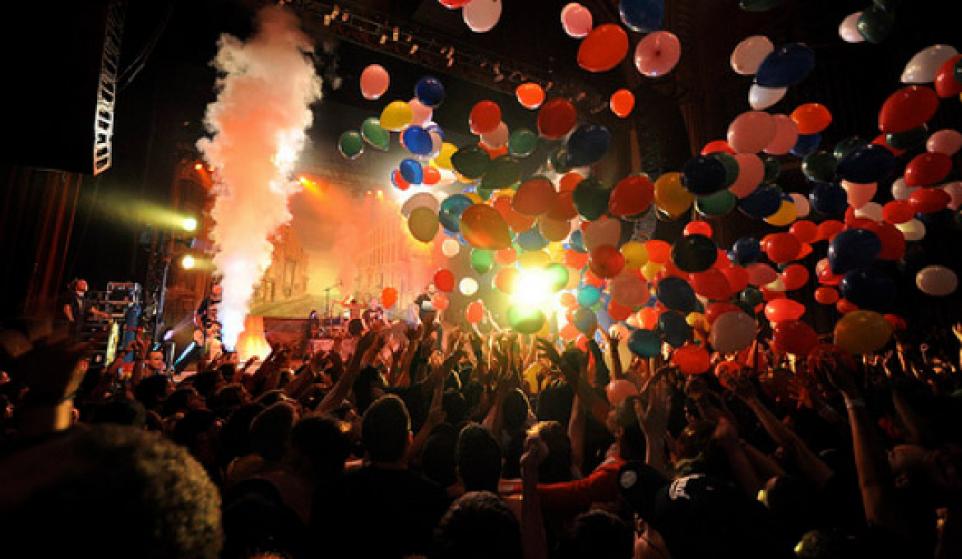 TOP 10 INDIE VENUES YOU HAVE TO VISIT IN YOUR LIFETIME

As a music fan, chances are you’ve been to about every music venue in your area but may not know where to start when it comes to traveling outside of your hometown. Luckily, we here at BitCandy have done the dirty work for you and have put together a list of the top indie venues that you absolutely have to checkout in your lifetime! Whether you’re going to Texas, New York, Canada, or even Berlin, we have found the ultimate best indie venues to catch a live show. 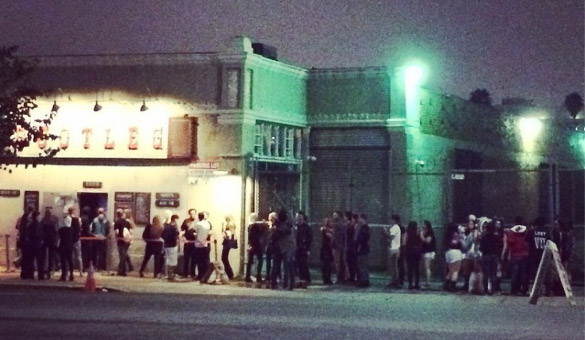 The first thing I saw when I found this little theater’s Facebook page was a photo of a girl dressed as Sailor Moon arm wrestling another girl, and I instantly knew that this place wasn’t your average venue. Located in the seedier part of Los Angeles, the Bootleg Theater has called an old 1930s warehouse home since 2006. Not only is this place a great venue for live music, but its stage is also a home to many plays, dances, and film screenings which make it a real hidden gem in the L.A. arts community. Everyone from the Polyphonic Spree to Local Natives have graced the stage, and many BitCandy-favorites like SoKo, Wolf Alice, and ELEL have upcoming shows there that we highly suggest you check out! Oh and surprise!— Parking totally sucks so arrive early. 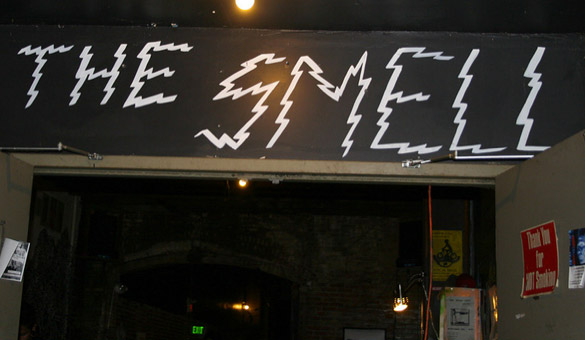 Located in an old building in the depths of downtown Los Angeles is one of the area’s best hidden (and I mean hidden) gems—The Smell. Since opening its doors at that location in February 2000, it has been a fixture in the DIY Los Angeles music scene by attracting fans of experimental, noise, punk and indie music. What makes the all-ages venue unique is its drug and alcohol-free atmosphere, vegan snack bar, art work, and the fact that it’s almost impossible to find for first-timers due to its alley-entrance. Some of its regular performers include No Age, Mika Miko, and Peach Kelli Pop, and the shows are always only $5. 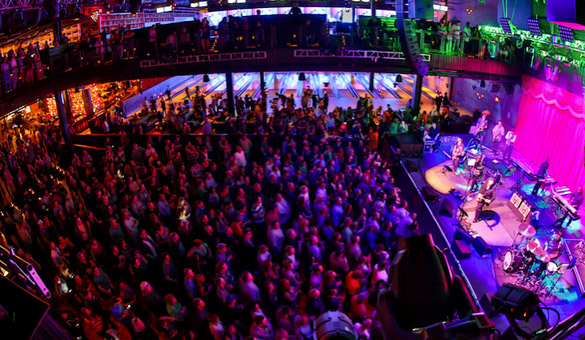 There’s a reason why Rolling Stone named Brooklyn Bowl one of the best clubs in America— If you get bored while watching an opening band or need to wake up in between sets, you can grab some tasty appetizers from its critically acclaimed menu and wash it all down with a local craft beer. And did I mention it was also a full-functioning bowling alley with 16 lanes? (hence the name). Brooklyn Bowl is also known for being the very first L.E.E.D. (leadership in energy and environmental design) certified bowling alley in the world, partially due to the fact that its floor is made up of recycled truck tires and uses LEDs for its lighting. Whether you're there for a packed indie rock show or to dance the night away at one of DJ Questlove’s weeky club nights, you’re bound to have a great time at this unique Williamsburg venue. 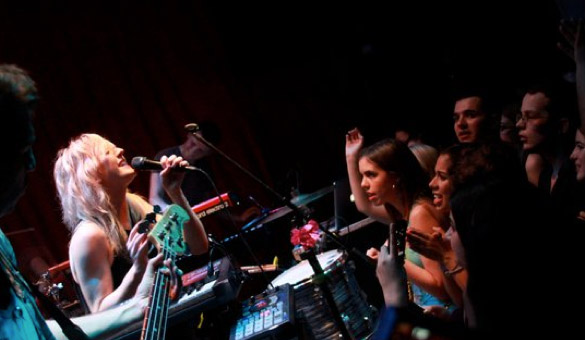 In the heart of San Francisco is a little venue called Popscene. Over the venue’s 18 year history it has seen the likes of The Killers, Vampire Weekend, Muse, and even the late great Amy Winehouse. 2014 kept their momentum going featuring performances from Sam Smith, Kiesza, Milky Chance, and a ton of other artists that blew up last year, making it clear that it’s still the place to be when it comes to showcasing new music. After the artists leave the stage, Popscene turns into an 18+ dance club (hey—even those pesky teens need a place to let loose. We’ve all been in their shoes) where DJs spin mostly indie and brit pop tracks to a packed house full of cool people having a great time. 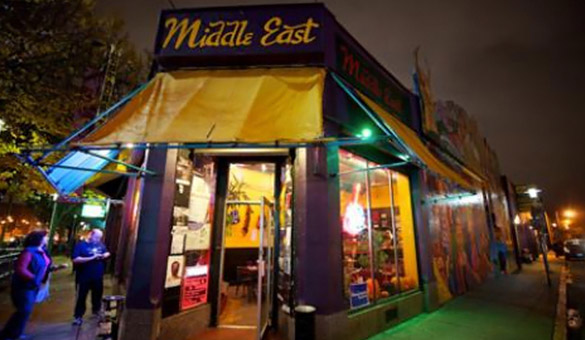 Located in the Central Square area of Cambridge, Massachusetts is a popular night club called The Middle East. It originally opened as a Lebanese restaurant in 1970 before transforming into a full on music venue in 1987, where it has since been the premier place for anything from punk and indie bands to jazz and hip-hop. Over time the venue has expanded into three separate performance rooms and two different restaurants, making it quite the destination for bands and concert-goers alike. Bands like The Mighty Mighty Bostones, Shellac, and even Alien Ant Farm (hey…they can’t all be winners) have graced the stage, and it has since become a fixture in the Boston music scene. Although the venue is now definitely known for its music, it hasn’t forgotten its roots as they still serve traditional Middle Eastern specialties and showcase international artists. 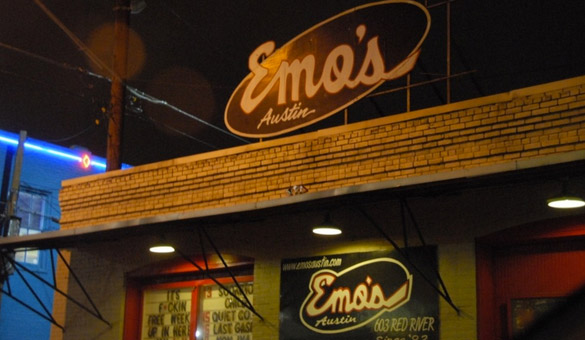 Emo’s started out as a punk nightclub in Houston, but it wasn’t until opening its Austin location in 1992 that it became the venue that helped start the thriving Austin music scene that we all know today. First starting out in the Red River Music District (what people now like to call the “original” Emo’s), it moved to the former historic Back Room on East Riverside Drive where it now has a quality sound system, fancy lighting, and the capability to handle the large crowds that SXSW attracts. Although some people may feel negatively about its changes over the years, Emo’s still has the charm and punk attitude that continues to draw new artists like Kiesza and keep punk veterans like Bad Religion coming back. 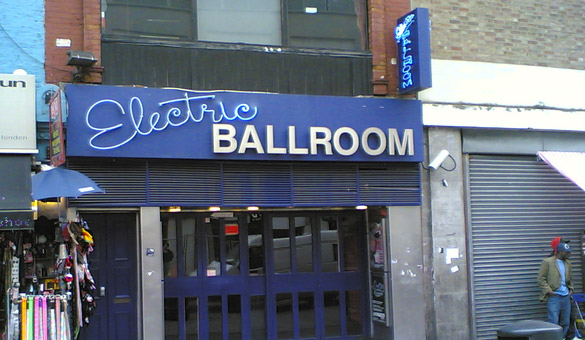 Now we’re taking a trip across the pond to the iconic and world famous Electric Ballroom located in the heart of Camden Town, London. The timeless venue has been in operation for over 70 years now, and has seen historic performances from influential bands like The Smiths, U2, Joy Division, Prince, Red Hot Chilli Peppers, and even Paul McCartney (the list could go on and on but I figured I should stop). It’s a two story building that has four bars and two dance floors which makes it the perfect place for its popular club nights where you can get down to various genres with the hippest Londoners in town. On weekend mornings the space switches things up by turning into a an indoor marketplace where you can find anything from fashionable clothes and accessories to music and other unique items. In 2007 the government declared the venue a “dilapidated building” (which probably made it even cooler) which would allow the Camden Town Underground Station to expand, but luckily those plans seem to have been brought to a halt so the historic venue can hopefully live on for many years to come..."dilapidated" or not. 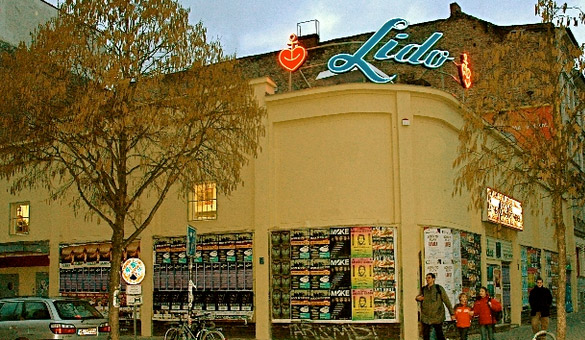 Located in Kreuzberg (where apparently David Bowie and Iggy Pop wrote some of their most loved material in the ‘70s) lies The Lido which has been a staple in Berlin’s music scene since its opening in 2006. The venue originally opened as a movie theater in the 1950s, and the buzzing neon sign still stands today after all these years. Punk bands like The Dwarves and 7 Seconds often grace the stage, as well as acts like Idlewild or the John Butler Trio. If there isn't a concert or spoken word performance going on, then you’ll be sure to stumble upon one of their popular indie-pop or EDM club nights. The club is known for its welcoming and laid back vibe that makes it a favorite among young locals. 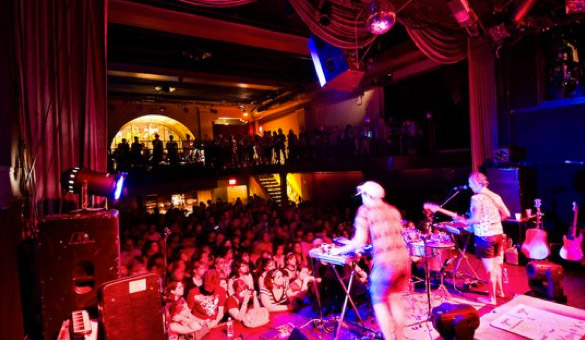 Standing in the Bowery section of Manhattan next to a subway entrance is the super iconic music venue, The Bowery Ballroom. The NYC-favorite has quite a history as it was built just before the Stock Market Crash of 1929 and was left uninhabited until it became a retail space towards the end of WWII (bet you weren’t expecting a quick history lesson, huh? We're just full of surprises!) The space has only served as a music venue since 1998 (although it seems like it’s been there for years) and has since seen Lauren Hill, Queens of the Stone Age, Kanye West and NYC-natives like Interpol and The Strokes. It’s definitely the place to a catch a show if you’re ever in the New York City area. 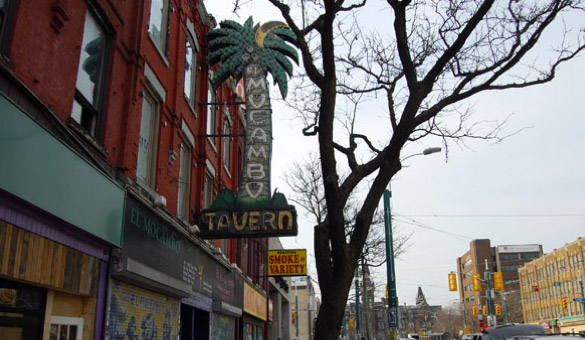 Marked with a fluorescent brightly colored palm tree, Ontario’s El Mocambo (or “The El Mo” if you ask locals) has been an iconic fixture in the Toronto music scene since the 1940s and has quite a back story. It was actually a music venue when it was originally built in 1850 before transforming into a dry goods store and a barbershop before housing various restaurants throughout the early 1900s. The “El Mo” was first put on the map when the Rolling Stones played their iconic gig there in the ‘70s where the then Prime Minster’s wife was caught partying with the band. Ever since, the venue has featured major acts like The White Stripes, The Ramones, Elvis Costello, Blondie, and even Marilyn Monroe graced the stage back in the day. It almost closed down last year, but thanks to a last minute buyer (Michael Wekerle of the Canadian television show Dragon’s Den) it will continue to entertain new generations of music fans.

Now I don’t know about you—but I’m about to go book some flights. See you at the show!