Thanksgiving is supposed to be a time for celebrating, but let's face it – for the most part, it's a total NIGHTMARE! From having to listen to a gin-soaked Uncle Jim pledge allegiance to Donald Trump, to remembering that you left the giblets in the turkey (this ACTUALLY happened to me!), it's a holiday that can quickly descend into an all-out personal crisis. If you're in search of an escape from the familial madness this Thursday, then this edition of We Are: The Guard's Top Chill Music is for you. Featuring Giraffage, Rainsford, Ayelle, MXMS, Weslee, and five other favorites, consider it is as important to your survival this Thanksgiving as your expanding pants!

Comprising of lead singer JT Norton and producer Reed Kackley, Haulm offer us a pillowy place to “Settle” on their luscious latest single. The follow-up to the New York City duo's debut “They Came Along” is a sumptuous marrying of muted piano chords and organic percussive energy, with the whole thing coming tied together by the R&B vocals of Norton, who we find torn between companionship and incompatibility: “I've given it up for you/And you know I didn't want to be alone/So you can see how far I fall to give it up for you.”

San Francisco's Giraffage takes time out from touring the United States this month in order to share the video for the Japanese Breakfast-featuring “Maybes.” Directed by Jon Ryan, the visual focuses on a day in the life of an abandoned television set broadcasting all kinds of mindless stock footage, from extreme sports to political protests, with the chaos playing out on screen coming in stark contrast to Giraffage's sultry, heady ambient music.

If you didn't think that Billie Eilish's “Hostage” could get any more chill, well – think again. AKAY – the Malaysian-born, Manchester-based producer who by day goes by the name of Jed Stewart-Ng – creates an atmosphere that you want to linger in on his remix of the dont smile at me EP cut, with Eilish's gossamer voice coming swept up by a downtempo trap beatscape that feels as though it could dissipate into thin air at any given moment.

It feels like forever since we last heard from Twin Shadow, but this November, George Lewis Jr. returns in the form of a guest vocalist on Rainsford's nostalgia-inducing latest single. Entitled “Intentions,” it's a definitive old-school R&B ballad, with Rainsford and Lewis Jr. delivering some next-level feels as they both attempt to come to terms with each other's emotional state over a 90s-indebted mixture of muted drums and groovy basslines.

Having channeled Drake and James Blake on his previous single, the compelling “Uproar, Uproar,” self-described “poet-songwriter” Ben Zaidi continues to showcase his multifaceted sound this November on his latest single. Produced by We Are: The Guard favorite Oshi, “Like It Was Nothing” is the definition of a vibe, with the minimal arrangement allowing the focus to fall on Zaidi's ode to commitment issues: “But I'll walk away just like it was nothing/No time for delay no room for discussion.” 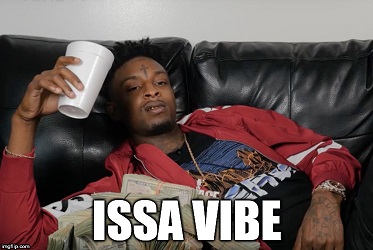 As the Hollywood scandal helps to shed light on the systemic abuse of women everywhere, Ayelle further adds to the conversation with the timely “Silverplates.” Coming to us by way of Majestic Casual, the song is described by the Swedish-Iranian artist as “a metaphor for male privilege and the entitlement felt towards female identifying bodies,” with the golden-throated Ayelle serving her important message atop a jazz-soaked platter courtesy of French electronic producer Crayon.

With much of our lives spent looking at our cellphones, it only seems healthy that, every once in a while, we go “off-grid” and reconnect with our true selves. Sydney's Driftwood is helping us to do exactly that with his latest single “Logout.” Clocking in at just under four minutes, it's the kind of song that removes from us that toxic desire to be “always-on,” with “Logout” instead shifting our gazes more inwards, to a place where, with time, we find that we're able to nurture a real sense of inner peace.

MXMS – SOMETHING IN THE WAY (NIRVANA COVER)

We Are: The Guard's very own MXMS follow-up the release of “I Revenge” this November with a haunting cover of Nirvana's “Something in the Way.” The reinvention hears Ariel Levitan and Jeremy Dawson infusing the Nevermind closer with their signature breed of “funeral pop,” with the duo further exorcising their demons in the shivers-inducing Christopher Kostrzak-directed video, which sees Levitan transforming into a Black Swan-like figure in order to deliver a moving ballet routine. 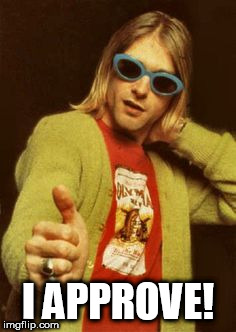 Following the success of the stripped version of their debut single “Gassed,” Weslee are doing it all over again this month with their second offering “Bathwater.” While the original showcased the enigmatic Anglo-American duo's talent for crafting titillating electronic vibes, this interpretation undresses “Bathwater” right down to its emotional core, with the addition of a gospel choir on backing vocals really helping to bring out the soul of the song.

RÅFF delivers dream pop with a conscience on her debut single. Pairing the New York City native's heaven-sent vocals with piano stabs and finger snaps, “Sororicide” is a subversive lullaby about the more problematic aspects of feminism, with RAFF revealing that she was inspired by her “resentment of women putting other women down in their misled search for empowerment.” She continues: “The word 'sororicide' is actually in the dictionary; it means 'the act of killing one's own sister.' It was a perfect fit for the song's balance of female antagonism and sisterly affectations.”

Photo by Jakob Owens on Unsplash