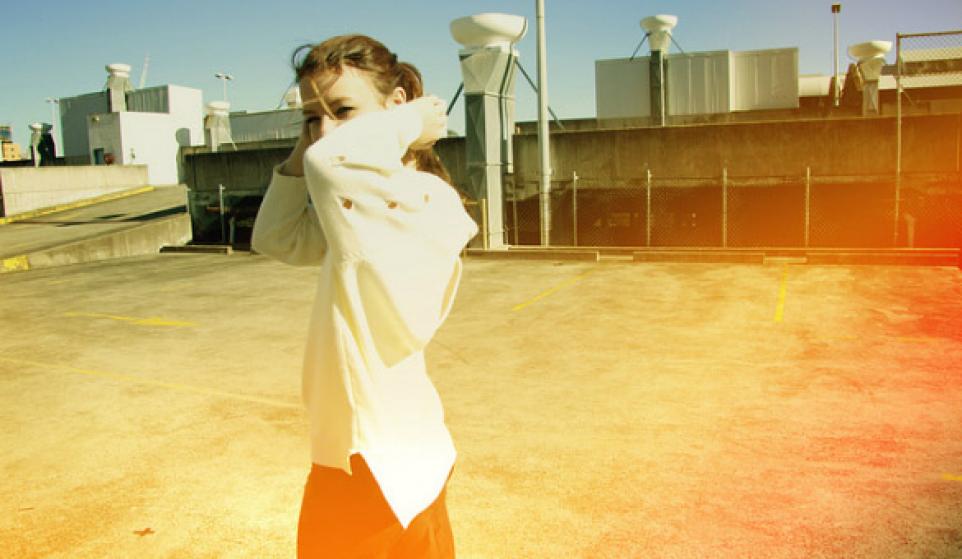 As we delve deeper into summer, I'm starting to sweat in places I never knew I could sweat. Don't worry, I'll spare you guys of the gory details, but let's just say – I'm swearing off yoga pants. If you're struggling to deal with the rising temperatures as much as I am, then the following top chill songs will help you to keep effortlessly cool during this heatwave. So grab your headphones, sunglasses and an ice-cold (and preferably alcoholic) beverage. It's time to enjoy this week's tracks from Flow-Fi producer Avay, R&B crooner Gallant, Silverdale duo Aquilo and many more!

London smooth-talker Rationale isn't one to beat around the bush (ahem!). On SoundCloud, he has tagged “Re. Up,” his second single and the follow-up to “Fast Lane,” “music to fuck to.” He's not kidding! A luxurious, 80s-infused slow jam that hears him exchange Bryan Ferry-esque sweet nothings with a mysterious female vocalist, it'll have you making babies quicker than you can say “Ooh, I wanna be your lover!”

Damn! Bacchus hits me right in dem feels with “Hope.” A blog that shall not be named recently compared this emotive, euphoric piano ballad to Tom Odell, which is offensive on sooo many levels. Unlike that blonde bland-fest, this Worthing troubadour writes about overcoming a battle with depression with a lyrical dexterity and musical subtly more akin to Ben Howard and even Tobias Jesso Jr. Check out the rest of his debut EP, The Rich and the War, on SoundCloud before he explodes!

From the man behind “What Doesn't Kill You Fucks You Up Mentally” and “Song Would've Been Longer If You Paid Us” comes “How the Fuck Do People Just Become Strangers Like That.” For all of his dumbass song titles, Josh Pan is undoubtedly one of the most talented SoundCloud producers out there. The New York City beatmaker never fails to take me to some higher place with his brooding, cinematic ambient instrumentals. Dude recently instructed on Facebook to “listen to this with your eyes closed.” Do what he says and maybe you'll get taken there too.

This hard-hitting banger by Russian producer Avay feels like the perfect way to reintroduce the Flow-Fi squad back into the column. Dude gets way dark on the aptly-titled “Noir.” Combining a heady concoction of pulsating basslines, industrial-esque percussion and a gnarly guitar solo, can anyone else totally imagine Yeezus rapping over this beat?!

A year later and I'm still blazing to “So High” by Doja Cat. If you missed it the first time around, then here's your chance to catch the Los Angeles firecracker's breakthrough single, which hears the 18-year-old both sing and rap over the gorgeous “Falling Leaves” by Strasbourg producer Evil Needle. Need more vibes?! Check out this unplugged version for a completely different take on the stoner anthem.

Being an ignorant inhabitant of the Northern Hemisphere, I like to assume that Australia is in a perpetual state of summer. That, after all, must explain the constant deluge of sun-kissed music streaming from the country, the latest coming in the form of Melbourne trio Stonefox. Pairing lulling guitar riffs and delightful boy-girl harmonies, the band resemble a lo-fi, carefree version of The xx and even London Grammar on “Arrow,” their third single to date. Looking forward to hearing more!

AIYA – IF I COULD GET

More Australian goodness here, although Australian goodness that couldn't be further from the sun-drenched sounds of Stonefox. With their glitchy loops and dexterous use of layering and space, it's clear that Ayten Ahmet and Felicity Yang of Melbourne duo Aiya operate on a much darker plane than their compatriots on their hypnotic debut single “If I Could Get.” Think FKA twigs if she was produced by Flume.

Arbitraire, an enigmatic trio whose members go simply by the names of Andrea, Adrian and Genji, introduce themselves to the blogosphere with arguably one of the most captivating debut singles of the year. A Caribou-style beat sets things off in funky style on “Adapted Air,” paving the way for some soulful female vocals to enter and imbue the entire thing with a Bristolian, trip-hop vibe. It's a super chill, super groovy and super cool creation that undoubtedly lives up to the band's claims of being “determined by chance, whim or impulse and not by necessity, reason or principle.”

Wow! I'm an unabashed Foo Fighters fangirl, so Los Angeles crooner Gallant covering their 1999 (1999!) classic, “Learn to Fly,” is enough to make me do a tiny pee in my “Mrs. Dave Grohl” panties. This slinky, seductive R&B rendition couldn't be further from the rocking original, but with Gallant's ever-breathtaking falsetto sending listeners skyward, the sentiment at the beating heart of the song (“I'm looking to the sky to save me, looking for a sign of life!”) somehow remains the same.

Following on from the ebullient “Put Me Down,” Aquilo continue to expand their musical palette on “Calling Me” from their incredible third EP of the same name. The song hears the Silverdale duo dim the lights and explore a more sumptuous area of their sound that's perfect for a quiet night in with some company – if you get what I'm saying.

P.S. Can somebody get these guys and Oh Wonder to tour together already?!

Thanks for listening you guys! Until next week, keep those butt cracks chill! x

“Untitled” by Winnie Liu is licensed under CC BY 2.0 (cropped and resized).