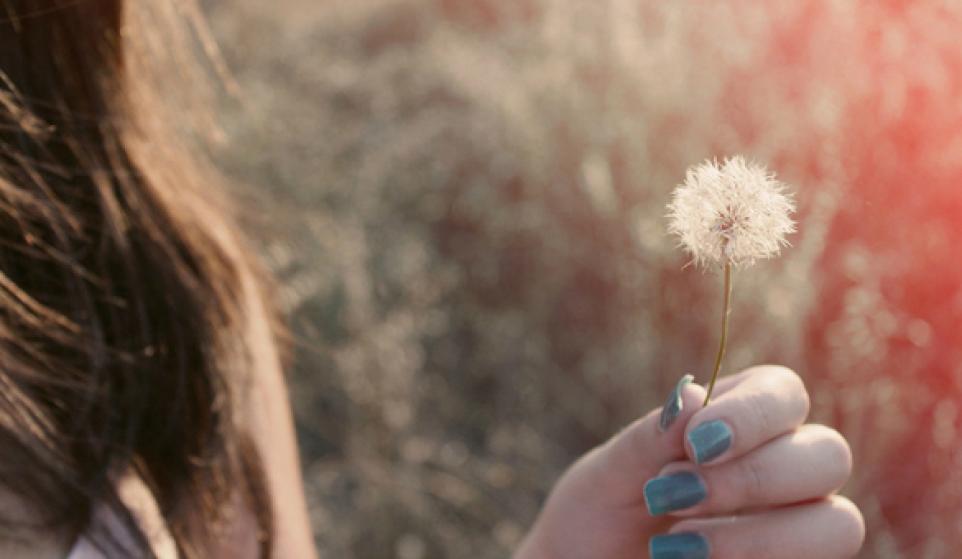 Hi everybody and welcome to the chill zone. That's right – it's Friday so time to stop everything you're doing and soothe your mind, body and soul with the top chill songs of Week 31. Oh my God, Week 31?! The summer is flying by so I hope you're making the most of it as before you know it, it'll be fall and you'll be back to ordering Pumpkin Spice Lattes from Starbucks and crying over your ex while listening to Bon Iver. In the meantime, take a moment to relax and ease yourself into the month of August this weekend with the following vibes from Air, Doe Paoro, Moods and many more.

Opening with a chill out classic from Air. “Alone in Kyoto” closes the French duo's 2004 album Talkie Walkie, although you probably best know it from the film Lost in Translation (or the Samsung Galaxy Note commercial for those with less refined taste). A blissful ambient instrumental that gradually levitates from captivating acoustics to pillowy-soft piano before crash landing in a sea of waves, close your eyes and luxuriate in this song's sumptuous, sweeping soundscapes.

It might be August tomorrow but English-Mexican troubadour Thom Byles has me longing for the crunchy leaves and crisp air of autumn on “The Great Outdoors.” A cozy, bucolic folk number that combines peppy acoustic melodies akin to José González and Damien Rice with warm, whispered vocal timbres that are more Bon Iver in nature, this is definitely going to be soundtracking my fall this 2015.

How comes our Curator Duffster is the only person to comment on “Low Hype”?! The debut single from enigmatic London-via-Reykjavík outfit KRÍA is truly out of this world. I already guessed I was in for something special when I heard that ominous, pulsating bassline, but then the soaring vocals of an anonymous female powerhouse deluged the menacing electronic soundscape and I was taken to another place altogether – like going through purgatory and coming out at heaven. Captivating stuff.

TA-KU (FEAT. ALINA BARAZ) – DOWN FOR YOU

Everything Alina Baraz touches turns to gold and that includes “Down for You” by Australian producer Ta-ku. The song starts out as a smooth piano ballad, with Baraz's breathy vocals helping to dim the lights and set the mood. Things are then ramped up to 11 at the drop at 1:15, when Ta-ku's byzantine beats enter and intertwine with Baraz, evoking a sexy, seductive vine. Happy baby making.

This song makes me want to take a nap – and I mean that in the nicest way possible. Something about those rich, organic vocals cross-cutting those glitched-out beats – it's simply impossible to not get pulled deeper and deeper into the ritualistic, hypnotic groove enigmatic Danish producer Vakle has created on “61oo.” More please.

Doe Paoro proves she means business on “Growth/Decay,” the latest cut to be unveiled from her forthcoming album After. Recorded at Bon Iver's studio in Wisconsin, the R&B-inspired ballad showcases the Los Angeles chanteuse's breathtaking vocal range unlike ever before. As she “ruminates on the notion that change fuels all life,” Paoro confidently belts atop room-filling percussion as though she's a gospel singer at a Sunday service – and we should all feel blessed to hear it.

TENDER: An apt moniker for an outfit who gently stroke every sense with their tantalizing downtempo electronica. On their debut single “Legion,” the London duo entice us in with overtly emotive synth melodies before holding us in place with their arresting, lovelorn vocals (which reference the equally hazy “I Wanna Be Adored” by The Stone Roses). It's a mesmerizing – poetic, even – first encounter, and certainly lives up to the band's self-stated aim of “creating grooves with room to breathe.”

Hip-hop doesn't feature enough in this column. Well, Healy is here to change that. The Memphis artist has four songs to his name on SoundCloud and while I recommend you give yourself over to all of them, “Azulejos” is most definitely a standout. Backed by a beautiful, chilled out piano composition produced  by AJWM, it hears the self-described “genre-killer” effortlessly vacillate between his heartfelt croon and deft rap delivery and is a perfect introduction to his late-night urban vibes.

I recently described “Looking at You” by Ambassadeurs as “music to watch sunsets to,” but this funky remix by Dutch producer and all-round smooth criminal Moods is the kind of deep cut you want to put on once darkness has well and truly set in and you're getting ready to hit the club, drink in hand. To put it another way – this is the sound of Friday night and I'd be lying if I said I didn't prefer this groovy rework to the original.

Concluding with a future classic from Kid. Every bro in the game has stepped up to remix Anneka's acapella performance “Technicolor” – including the aforementioned Ambassadeurs – but this alluring flip is the first I have felt inclined to feature. It hears the illusive Kid embellish Anneka's angelic voice with jazzy piano chords and skittering drums before submerging it beneath a thick, druggy haze. In short, the whole thing sounds like it's coming to you from the depths of a lucid dream – and I don't want to wake up.

Thanks for listening everybody. Until next week, BitCandy says relax. x

“Dandelion seeds I” by Rafa Machado Photography is licensed under CC BY 2.0 (cropped and resized).