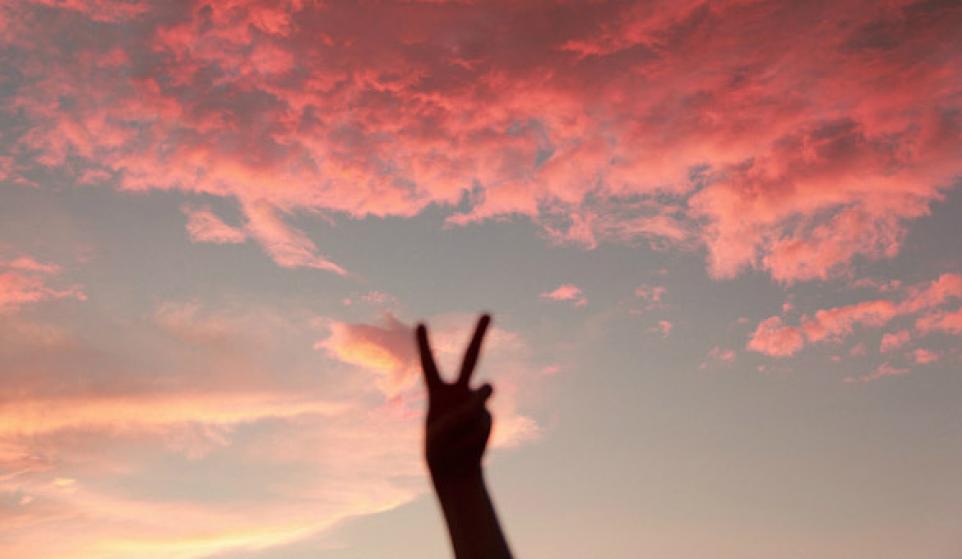 It's been a tremendously difficult few days for many, the indie community included. It's going to take a long while to heal after the atrocities in Paris, but as my fellow writers have been emphasising throughout the week, I hope that the music that we bring you here at BitCandy provides you with some shred of comfort in these trying times. To quote Kurt: “Music makes shit better, right?” Yes, yes it does. Find solace in the following top chill songs from Broadhurst, Royce Wood Junior, Bibio, Mt. Wolf, MOVEMENT and much more.

Broadhurst's “Little Lover” is a gift that keeps on giving. BitCandy were honored to premiere the breathtaking piano ballad – Broadhurst's debut – last week, and now I'm able to follow that up with the beautiful accompanying video. Directed by James Chappell, it stars Broadhurst locked in an emotive dance routine with ballerina Natalie Decorte. A stunning interpretation of a stunning song, it's sure to have you reaching for the tissues in no time.

Brianna Hunt aka Many Rooms had me at hello with her debut single, “Hollow Body.” The Other People signee takes a stripped-back approach to the acoustic ballad, as taken from her upcoming debut EP of the same name. At once gorgeous and utterly beguiling, her voice also happens to remind me of another one of my favorite artists: Elena Tondra of Daughter.

Royce Wood Junior's debut album, The Ashen Tang, passed me by earlier this year, but thankfully the London producer is returning in January with a deluxe edition featuring three bonus tracks. One of those, “Ophelia,” is a left-of-field piano ballad that hears Wood Junior pair his soulful croon with rave-inspired keys and off-kilter percussion. A little James Blake, a little Jamie Woon (who just so happens to be Wood Junior's former flatmate), a little something else altogether, everything about this is truly striking.

Winter may only be around the corner, but Bibio has us thinking of brighter days ahead with “Petals.” The warm, bucolic groove hears the British producer pour his reverb-drenched vocals over a bed of strumming bass, intricate guitar noodling and captivating reversed sound effects. Clocking in at less than three minutes, however, “Petals” is sure to leave you wanting more from the Warp signee – who, lucky for us, is releasing his eighth album in spring 2016.

“Just wow. Thank you! Sigur Rós like build in the most perfect way, and that falsetto?! I can't handle this song, it's fucking next level! Thank you x” – This is what Tanya Batt of BitCandy friends and favorites BATTS had to say about “Hex” by London trio Mt. Wolf on SoundCloud and I couldn't agree more. A chamber pop odyssey that “deals with the aftermath of losing someone close, and escaping the spell they'd cast,” this song is nothing short of divine.

It's been over a year since MOVEMENT released their self-titled debut EP. Since then, the Sydney trio have been hard at work on their debut album. Although there's no sign of that being completed yet, to thank us for our patience, the band recently shared an unheard track in the form of “Lace.” It's described as a “demo,” but in truth, the dark, brooding and sensuous R&B ballad is every bit as flawless as we've come to expect from the Modular  signees. Dim the lights and enjoy.

After almost quitting music following the release of her 2013 debut album, Vs Head Vs Heart, Emma Louise makes a welcome return this November with “Underflow.” “It all just kind of happened at the right time and in the right way and suddenly I'm thrown back into this world that I really recognise myself through. I'm getting to know myself through music now. Music is what I'm meant to do” Louise recently told Triple J. Listening to this tender piano ballad from her forthcoming second album, Supercry, I'd be hard pushed to disagree.

Cara Salimando may not be a household name, but you've almost certainly heard her music. The Los Angeles talent spends her days composing lyrics and melodies for artists as varied as Hey Violet, Sabrina Carpenter, Cheryl Cole, FRANKMUSIK and Colette Carr, but by night, puts out material of her own under the moniker Novelette. “Dead End Darling” is the latest such effort. Penned in February “about all the loves that don't lead anywhere,” it's a simple yet effective piano ballad that demonstrates her enviable gift for songwriting.

Purveyors of depressing synth pop jj follow up the likes of “Fuck It” and “Bury Me” with another self-loathing anthem this November. “I Wish” is described as a breakup song that hears pitch-shifted lines such as “I wish I could say that I deserve more, but I really don't, I just fuck shit up” sear through an icy electronic soundscape. How something so cold can have so much emotion, I'm not quite sure, but this Stockholm trio once again pull it off with ease.

Palace sends us some much-needed summer vibes from Australia with love on “Can't Stop,” which the Perth producer reportedly wrote after embarking on a “quest to pen the perfect pop song.” Built around an oh-so-smooth future bass beat and featuring the sumptuous croons of fellow etcetc signee GodWolf, all I can say is: Mission accomplished, Palace. Mission accomplished.

Appreciate you checking in. Much love. x

“Pink Sky Peace” by D Sharon Pruitt is licensed under CC BY 2.0 (cropped and resized).