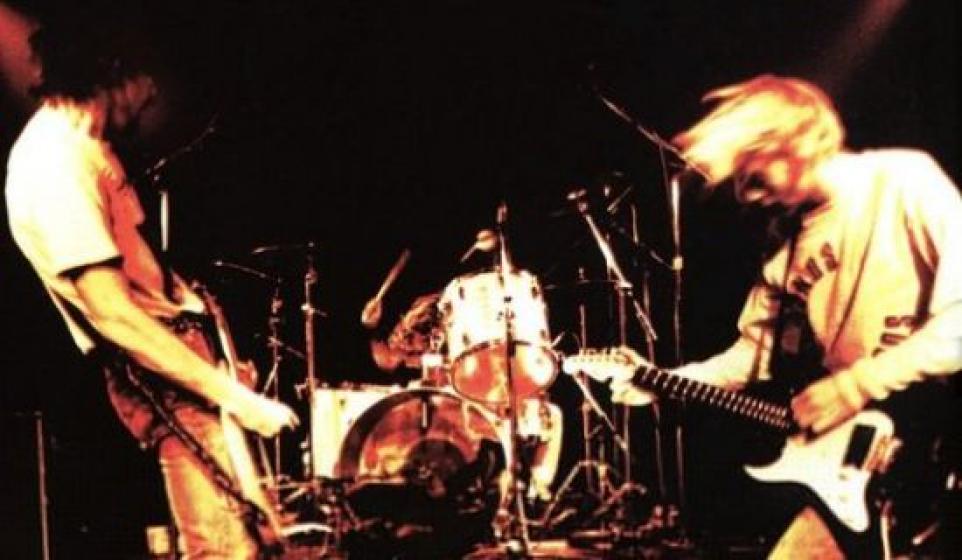 Top 10 Alternative Songs of The 90s

According to Weedster’s Dictionary description of the 90’s -  The 90’s: a decade in which high-speed internet was non-existent,  MTV played music videos, walkman was the bomb, and real alternative music existed. A.K.A. The 90s were the shit. Booya!

I couldn’t agree more with the fact stated above. We here at BitCandy would like to take a moment and observe some of the greatest songs that defined the epic era of yesteryears. After scanning through hundreds of cassette tapes we’ve narrowed down the top 10 songs of the 90s. So brace yourselves, my fellow Generation X peers, as we travel back in time to a place where flannel shirts were abundant.

Released 1991: I don’t think I have to tell you how the critics and public received ‘Smells Like Teen Spirit.’ The lead single helped propel Nirvana’s second album, Nevermind, into the #1 slot on the Billboard charts. Originally, it was meant to be the ultimate pop song, but after first rehearsals, the beat was slowed, the guitar chords were doubled, and the rest is grunge history.

Released 1991: What initially started off as Peter Buck attempting to play the mandolin resulted in R.E.M.’s breakthrough hit that dubbed them as America’s best rock-n-roll band of the time. Along with the mandolin’s chords – Michael Stipe's lyrics turned this underground rare romantic ramble into a classic obsession pop song. “That's me in the corner/That's me in the spotlight/Losing my religion."

Released 1995: "Maybe you’re gonna be the one that saves me/and after all/you're my wonderwall." Perhaps the most overplayed Oasis track, ‘Wonderwall’ became one of their best-loved anthemic songs. Whether the lyrics are about Gallagher’s ex-wife, or as he so claims, “it’s about  an imaginary friend,” it’s one of those tunes that can mean whatever you want it to mean.

Released 1992: It took 5 albums for The Red Hot Chili Peppers to become well known amongst Generation X. ‘Under The Bridge,’ the album’s second single marked a turning point for the band – it was inspired by Anthony Kiedis experience and reflection of the darker days as a drug addict. Tapping into loss and isolation, it formed a true sense for how one may feel as they roam through the city of L.A.

Released 1995: ‘You Oughta Know’ taught you that “Hell hath no fury like a woman scorned.” Morissette’s number flipped the birdie at the lovable Uncle Joey from Full House. “And I'm here/ to remind you/Of the mess you left when you went away.” Her brilliant bitter lyrics added up to 2 Grammy wins and causing women around the world to unleash their anger.

Released 1992: Penned by Eddie Vedder, ‘Jeremy’ was inspired by the death of 15 year old Jeremy Wade Delle who shot himself in front of his classmates. As it stood, the song was to give importance to parents giving more attention to their kids. The original taping of the video included a clip of the young kid with a gun in his mouth; due to controversy, the clip was deleted. Nonetheless, the video claimed 4 MTV awards.

Released 1992: Who knew that Thom Yorke was such an outsider. The song lyrics were composed during Yorke’s college days. It’s a tale about a drunk who chases after a woman, but lacks the confidence to declare his feelings to her. From the start, the band hated the song so much that Jonny Greenwood tried to ruin it by adding the famous guitar scratching to the recording. Twenty years later, ‘Creep’ has taken a spot in the charts as one of the best songs of the 90s...the band still hates it.

Released 1994: “I want to fuck you like an animal/My whole existence is flawed/You get me closer to god.” NIN’s triumphant single underwent several edits before airing on the radio. As if the original lyrics weren’t explicit enough, the video directed by Mark Romanek brought to life Trent Reznor’s ode to S&M and helped position ‘Closer’ as one of the most successful songs of the band’s career.

Released 1995: ‘Bullet with Butterfly Wings’ is a must, as it comes in 5 different versions and each is just as exciting and head banging as the original. The perfect fusion of angry piercing vocals and a merciless guitar was one of the biggest hits of the year. Two years later, the Smashing Pumpkins would go on to win a Grammy for Best Hard Rock Performance.

Released 1997: Regrettably Elliott Smith decided to call it quits in 2003. He left behind a life’s work of songs that personally connect with his fan base. Amongst some of his hits, ‘Miss Misery’ is a clear standout. It’s probably best known for featured during the closing credits of Good Will Hunting and nominated for Best Original Song at the Academy Awards in 1998. Despite losing to Celine Dion, he earned indie rockstar recognition. “l fake it through the day/With some help from johnny walker red/Send the poison rain down the drain/To put bad thoughts in my head”

It looks like we’ve reached the end of a great decade in music. The list is pretty brilliant, if I may say so myself, but this is not a definitive list.  No way!  So we're going to ask you to help us with Pt 2 of this best 90s alternative post...Comment below on a song that deserves to be featured, let us know down below or via our Facebook page. Stay tuned for some more decade favorites and check out more in our best songs ever post and get your low cost superiour music education.