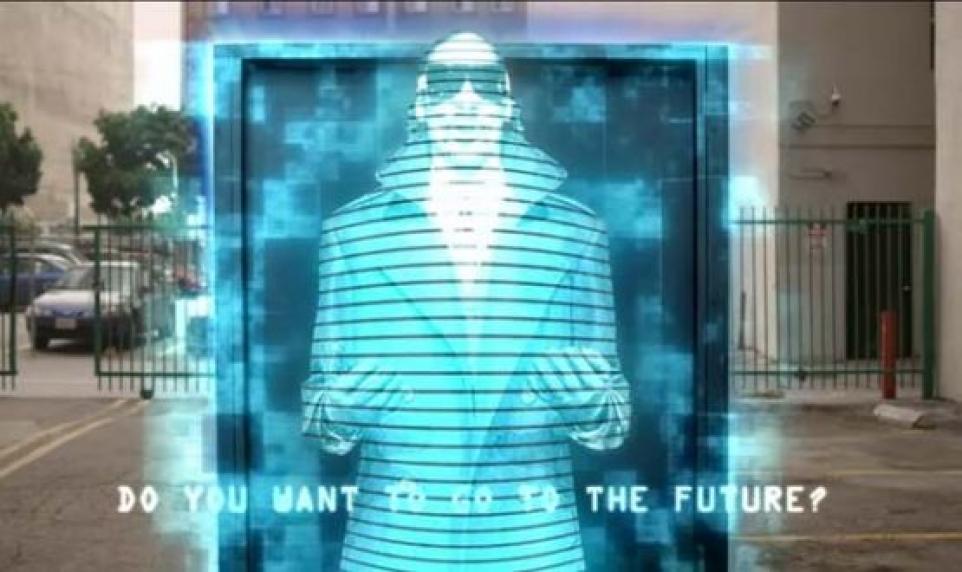 Ah, Snoop Dogg. It seemed like just yesterday that you were rolling down the street and smoking your proverbial endo, collaborating with Dr. Dre (what do you know, Snoop and Dre back to headline Coachella 2012!) and pioneering the rap scene. But next thing you know, with a one two three and to the four, Snoop Doggy Dogg has emerged as the kind of rapper that your mom can appreciate. And that's just wrong.

What's to blame for this development? Well, frankly, I think his mind may be a little too fixated on his dolla bills yo. I mean, why else would he be accepting the kind of gigs that make him dance with gummy bears in Katy Perry's demonic candyland?

So greetings, loved ones. Let's take a journey into a magical, morbidly depressing wonderland I like to call 'Snoop's Top 10 Sellout Moments.'

Because what could be more gangsta than throwing out some 'izzles' to move AOL's late 90's junk mail bonanza? Doing it with Frank Constanza from Seinfeld. I mean, he's no Dr. Dre... but that Argyle sweater vest? Jerry Stiller- original pimp.

9- When Snoop Dogg Talked To Chelsea Handler About Collaborating With Susan Boyle, Whom He Loves.

That pretty much sums it up folks. Susan Boyle fans? Your grandmother, the token gay friend, and Snoop.

8- When Snoop Dogg Rapped About High Heeled Shoes And Actually Referred To Them As 'Get Em Girls.'

I'm not sure what bothers me more about this. Snoop exhorting women to 'polish their toes' or the fact that Jessica Manboy looks like the Fresh Prince Of Bel Air vomited on her through much of this video. Yeah, Snoop. She's really gettin' it.

7- When Snoop Dogg Collaborated With One Too Many Faceless Pop  Chicks... You Know... Uh...

Seriously, dude. Unless you're hitting that (which in itself is questionable), there's no excuse.

6- When Snoop Dogg Dedicated A Song To A Fictional Vampire.

Ah, a tribute to the heroine of the current housewife's masturbatory aid featuring anemic vampires. Alright, whatever, some people think True Blood is cool, but we know the truth, Snoop. Tru Pimp or not, you're only one step away from the Twilight soundtrack with this one. Oh, and the tag line 'Suck It Easy?' Not okay. In fact, never okay.

5- When Snoop Dogg Learned To Make Mashed Potatoes On Martha Stewart And Didn't Know What Cream Cheese Was.

So this is a classic, true. But it never gets old. I'll give the guy props for insisting on using Black pepper, but revoke the aforementioned props for his saying 'Yabba Dabba Doo.' Look, Snoop, if you're too lazy to make up your own language anymore, at least have the decency to not rip off Hanna Barbara cartoons. You can do better.

4- When Snoop Dogg Fell Out Of The Sky To Utter A Generic Phrase For No Apparent Reason.

3- When Snoop Dogg Collaborated With That Other Japanese Chick... Well... At Least I THINK It's A Chick... Uh... Don't Hold Me To That.

You're right, AI. Some things you just have to let go of. Like Street Cred, competent lyricism, or dignity.

2- When Snoop Dogg Went On The View, and Barbara Walters gives him Good Advice "We Liked You As A Gangster"

He's a fan of the show? Well, okay, the dude smokes a lot of weed, he can be a fan of the View. But I'm sorry... if Barbara Walters thinks that you're charming, you aren't doing Gangsta right.

1- When Snoop Dogg Travels From The Future To Help Four Gumpy White Boys Get Whipped In The Nightclub From Tron Legacy... And Fails.

If you are going to attach your pimpin' visage to a lame autotuned boyband, at least get them laid. Not only are you out there rapping about the benefits of a stable, long-term relationship with a talentless Hanson, you dumped them off in a parking lot without having scored anything more than a ride on a multicolored Frisbee. It's official, Snoop. Not only are you a sellout, but you're the worst wing-man ever.

In short: Snoop, we miss you. Come back from the dark side. We know there's still Gangsta in you. The money hasn't driven it from you fully. I feel the conflict within you, let go of your lameness! I know it's not too late. I mean, check this.

Love you to death like a muthaf&#$er, Snoop. Like a motherf&#$er.  Good luck with the recent marijuana bust.