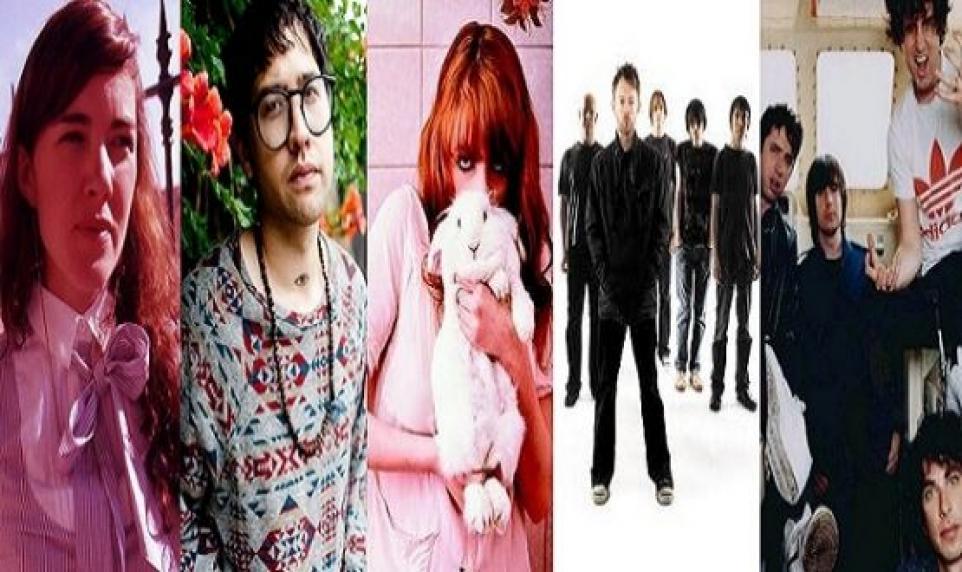 Top 5 Indie Remixes From The Past Week

A lot of banging indie remixes have ripping their way through the blogosphere this week. BitCandy have decided to pick out five of their favorites on our blogs on music -- check um out below.

Julianna Barwick revisited tracks from her ethereal February debut, 'The Magic Place,' with remix EP, 'The Matrimony Remixes,' released on October 4th via Asthmatic Kitty. Stream Diplo & Lunice's contribution, the dreamy re-imagination of 'didn't think it could get any dreamier' album highlight, 'Vow,' below.

The Naked and the Famous have taken Unknown Mortal Orchestra's McCartney-funk track, 'Ffunny Ffrends,' and fired it into a whole new distorted realm of mosh this week. Rad.

The Weeknd remixes: Florence and the Machine's 'Shake it Out'

The Weeknd shoves the overwhelming operatics of Florence and Machine's 'Shake it Out' through a bunch of distancing filters, resulting in an eerily pacifying re-imagination (which I actually prefer to the original, soz Flo).

On October 10th, Radiohead will release 'TKOL RMX 12345,' a remix LP boasting a bunch of A-star producers' reinterpretations of tracks from 'The King of Limbs.' The entire album is currently available to stream over at The Hype Machine. Meanwhile, check out BitCandy's favorite, SBTRK's stripped-back take on 'Lotus Flower,' below.

A-Trak remixes: The Rapture's 'How Deep Is Your Love'

Admittedly, BitCandy were not all that down with The Rapture's latest LP, 'In The Grace Of Your Love,' though Italo-dance track, 'How Deep Is Your Love,' was one of the more bearable of moments. This week, A-Trak has transformed the song into a pretty sterling slice of dance-floor ricocheting, dirty alt- house (in remembrance of the late DJ Mehdi). Stream it below.

How Deep Is Your Love? (A-Trak Dub aka Dub For Mehdi) by DFA Records