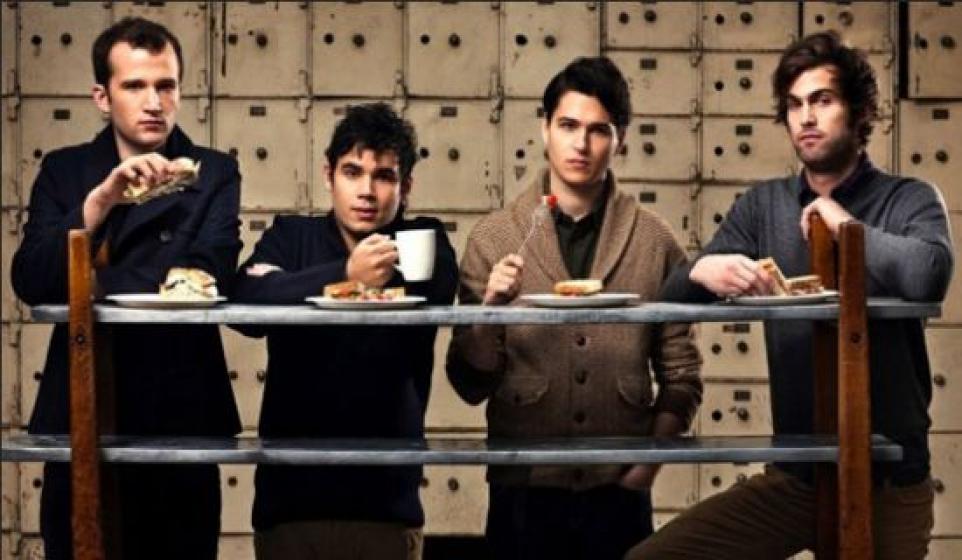 Everyone's favorite prep rockers, Vampire Weekend, are set to release their 3rd album this year, Modern Vampires of the City, a title from which one can only conclude that the band believed not enough people understood their aesthetic.

The Ivy Leaguers released two new songs on Zane Lowe's Radio 1 show earlier this week, both of which will appear on the new album. Because we love you here at Bitcandy, we're streaming both these tracks below.

First up is "Diana Young," a manic number that crams as much music as possibility into a neat, 164 second package.

Listen to Vampire Weekend "Diane Young" below. Just know that once you hear this song it may never leave your head. Just a phenomenal hook on this one.

The other track they played for Lowe was "Step," which appears to be this album's "Please use this in one of your films Mr. Anderson" song.

It's a fine track, but I was underwhelmed by it, especially after "Diane Young" left me reeling. I need to hear this song in a different setting and not juxtaposed by "Diane Young"'s pure awesomeness.

Anyhow, listen to "Step" below:

Vampires of the Modern City is out May 7th.