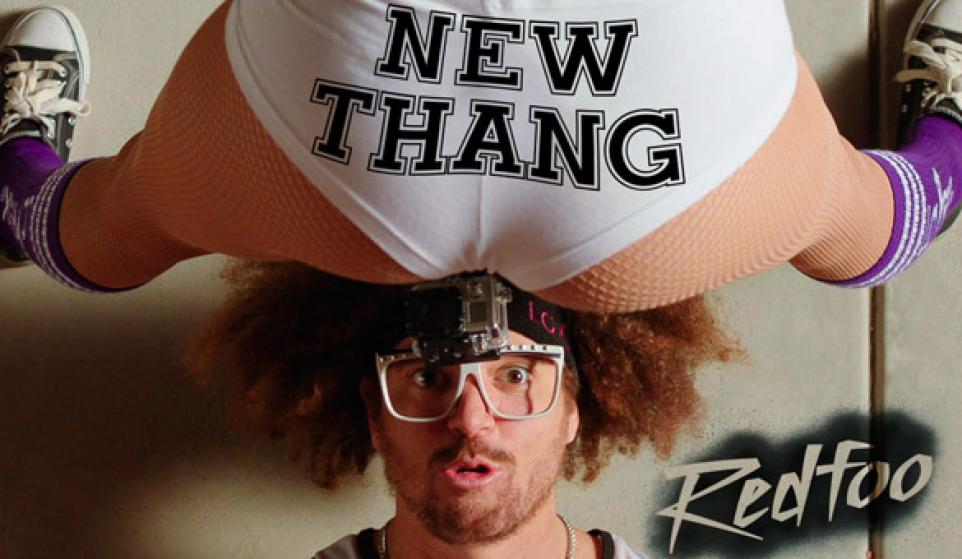 WHY REDFOO IS AN INDIE ARTIST

OK, you may think from this headline that we may be re-launching our satire/spoof section a’la Kanye’s Wrangler deal  and Deadmau5’s stinky plushie head, but you would be wrong. We’re serious! Despite his band’s meteoric rise to pop fame in 2012 (face it, that was unexpected), the Party Rockin’, overly hipstered-out rapper/afro owner Redfoo from LMFAO is, by technical definition, an indie artist. Proof? Oh, you bet we have a whole heap of it!

Ignoring the duo’s, shall we say, daring wardrobe for a second, LMFAO did do some groundbreaking work in the genre of hiphop, combining reasonably good rap lyrics with ravey beats was something which really hadn’t been seen before in the states. Die Antwoord did the same thing – do they really get to corner the market on indie breakthrough because they’re South African and made up a term for rave/rap? We think not.

Clothing-wise, LMFAO also brought the ultra-hipster to music videos in a big way. Redfoo was sporting big red owl glasses when OFWGKTA were still learning their basic skateboard tricks and coming up with silly nicknames. LMFAO has taken combining wacky 80’s style, neon, missing sleeves, and metallic pants with Van’s Spicoli shoes to a level that Lena Dunham can only hope to replicate. Out-hipstering the hipsters? Check. You don’t have to sip coffee quietly in Brooklyn and talking about Kerouac to qualify as a hipster. Making fun of a trend that’s already gone way too far sounds pretty indie to me! 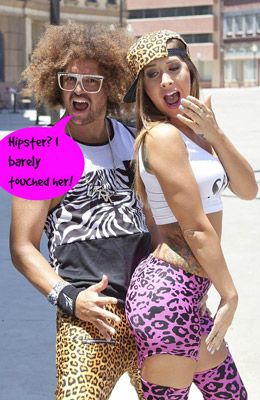 Then, there’s the issue of Azarenka. I challenge you to name one mainstream music artist who has dated a female tennis player rather than a model. Ok, Enrique Iglesias and Kornikova, good point, but I’m not sure we can count that. Seeing Redfoo in Azarenka’s friends box for no less than five grand slams confused the hell out of me, and what’s more indie than confusion?

All the hilarious reasons for Redfoo’s indie status listed above are academic, however, to the most convincing argument: his most recent single, “New Thang,” was released completely independently of any label. Redfoo released it himself. He was signed with Universal and given his pop cache could have easily found funding for the production, video and marketing of the single, but Redfoo said “damn the man!” and backed the single himself to make sure he had creative control over the release. It’s probably the most fun Redfoo video released since “Party Rock Anthem,” with Redfoo poking fun at himself and bringing in a lost instrument, the saxophone. In the video he features the “sexy sax man” and calls for fans to “get saxy.” Cheesy Maybe. Fun and different? Absolutely.

By technical definition, an artistic piece produced and marketed independently of any major corporate funding source is considered indie. Indie is short for independent; look it up. Radiohead released In Rainbows independently, and no one ever questioned their indie status, now did they?

As a leading indie music forum (if we do say so ourselves) who gives the power of selection to our audience, BitCandy wants to support any artist who strikes out on his or her own to make a piece of work which is off the corporate music grid. If a piece doesn’t fit into some pre-determined indie mold, well that’s just irony.  There should be no mold. You can’t pull a King Missle on our watch and try to “be different like all of the different people.” That’s the worst faction of hipsterism, and we won’t stand for it.

To show our support of Redfoo and his propensity to not play by the rules, be they corporate or indie, we’ve put together this little lyric video for “New Thang,” because we know you love our lyric videos and if this loudly emphatic argument doesn’t convince you, gold lyrics scrawled across a youtube screen most certainly will:

No matter what your opinion may be about Redfoo’s music or style or his level of popularity, he really did start out indie, and is remaining as such. Believe it or not, there was a point in music history where our beloved Kanye West was considered indie. Conversely, the likes of Green Day and Counting Crows are still considered indie even though they’re multi-platinum and have been on the Billboard charts just as much as any act with a more pop sound. I myself have struggled with and subsequently pontificated on the idea of pigeonholing indie music as needing certain traits such as minor keys and a level of melancholy. 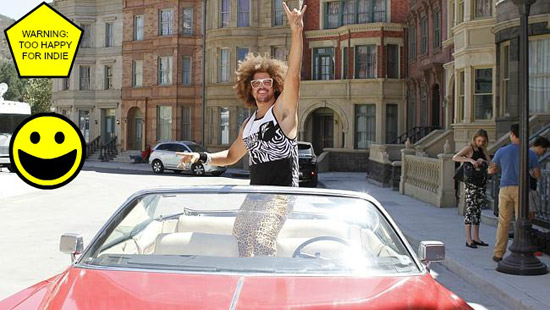 In an ever-changing musical climate where more and more options are available as ways to make and produce music and more and more musicians having access and a shot at getting their music seen, the definition of what is indie must necessarily evolve as well. Pop cache or not, Redfoo and his LMFAO partner Sky Blu have changed the climate of what counts as pop or indie to such an extreme that we find ourselves debating the very definition of the two genres. If you ask us, that’s pretty groundbreaking and, if we haven’t already said it enough, pretty indie.

What do you think? Is Redfoo an Indie artist? What's your definition of Indie?