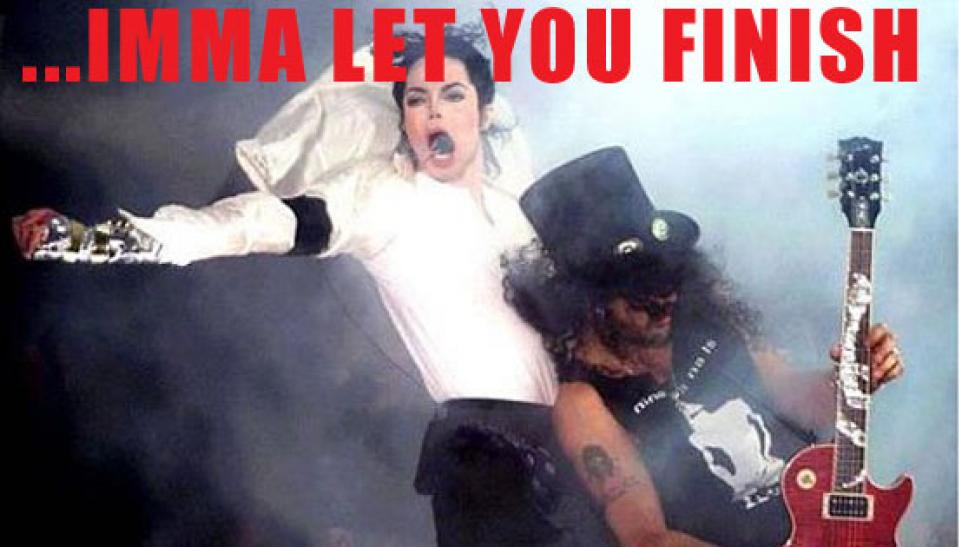 It was set to be the COOLEST performance of the evening!

In 1995, Michael Jackson - who was at the arguable height of his career – was booked to perform a medley of his hits at the MTV VMAs.

And, of course, he OWNED the stage in typical Wacko Jacko style. Oh, that is until six songs in, when fucking SLASH had to come on and do his thang during “Black or White.”

It was here that Slash proceeded to play the most extensive, most epic guitar solo known to MAN, much to Mr. Jackson's (and MTV crew's) dismay!

Watch as MJ gets SERIOUSLY PISSED at the Guns 'n' Roses star stealing his limelight in this HILARIOUS video below!

And, yes, it was TOTALLY planned! In fact, it became a regular feature at MJ shows. Here is another clip! We love this YouTube comment from mikey41rules: “Yo slash Im really happy for youï»¿ and imma let you finish, but I had one of the best careers of all time.”

Oh, and you check out that entire 1995 MTV VMAs performance, below. It is MEGA. We miss ya, Mikey!