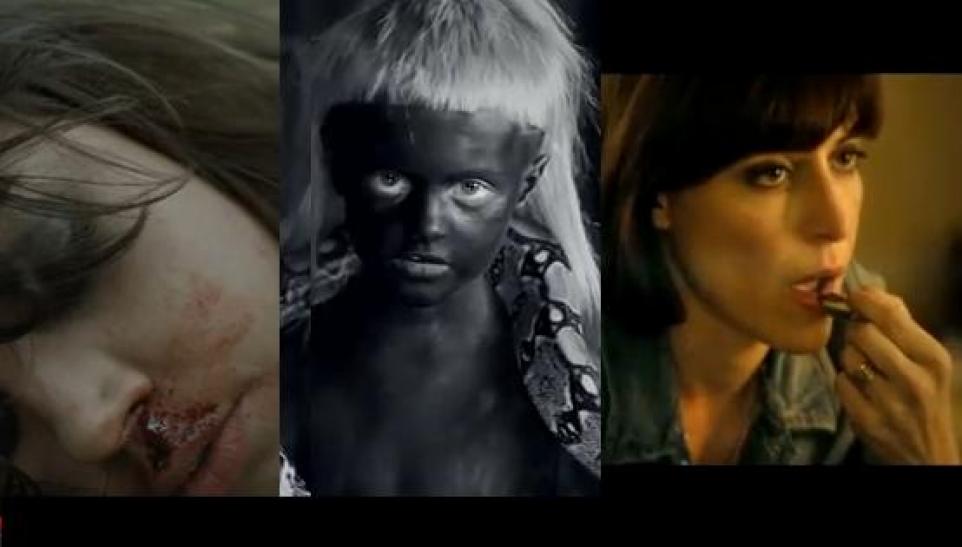 WTF's Up w/Creepy Videos This Week?

There was once a time when a music video was a band's best marketing tool. Back in the halcyon days of the 90's and early 2000's, the best way for a band to get mainstream attention was to have its video played by MTV or VH1, preferably on TRL. But enough about those antiquated days.

Thanks to the internet, and all its social media glory, the music-video-as-press-release era is obsolete. It's hard to say what the purpose of the music video is nowadays. They no longer serve the practical purpose of acting as an advertisement for the band, since there are a plethora of cheaper and more effective ways to promote your music (aka FaceBook, Spotify)

Which brings us to our point of the article.  This week...the latest music videos have just gone totally into creep meets weird mode..

And while this may be well worn territory, both the video and the song are both pretty fucking awesome. It also acts a a solid medium for the new music videos that hit the web this week, most of which range from disturbing to holy shit I'm legitimately scared right now.

No strangers to viral videos, South Africa's Die Antwoord released their new video this week, I Fink u Freeky. Instead of being humorous and quirky like their initial video hit Enjoy the Ninja, Freeky seems to be powered solely by nightmare fuel.

Die Antwoord "I Fink U Freeky"

If I were to watch that in a dark room with the sound off I'd probably have a panic attack. I mean that's shit your pants level creepy right there.

Or maybe that's just me.

Lastly, the girl all of the indie-verse can agree on, Feist, released a video this week for her song "The Bad in Each Other."

Feist "The Bad In Each Other"

Apparently Leslie has gotten into cross promotion because I'm pretty sure that's the trailer for No Country for Old Men II.

And that concludes our look at creepy music videos that came out this week.