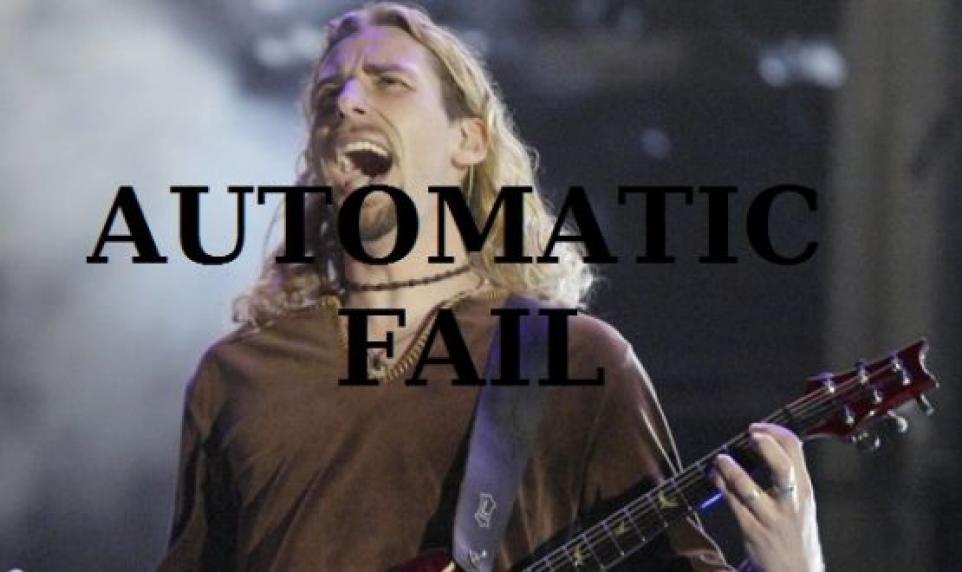 A video fail is good for whenever you need a little cheering up at the expense of someone else's misery. Especially if that someone else is Nickelback. To chase those holiday blues away, enjoy some videos of the Canadian cockrockers everyone loves to hate getting dissed.

First, watch/hear Nickelback get booed at a football halftime show in Detroit (the nerve of Nickelback to inflict their "music" on that downtrodden city ... haven't the people of Detroit been through enough?)

Next, watch Nickelback get booed off stage and STONED (not the good kind; the having rocks thrown at you kind) by some rabid Portuguese, uh... fans? followed by some commentary from comedian Chris Porter on the impressive intensity of Portugal's hatred for Nickelback.

Even if their music wasn't the shittiest thing I ever heard, I would still hate Nickelback if they THREW BEER ON ME like the douchebags did to their fans in our final piece of evidence of this band's incredible douchiness.

For more video fail schadenfreude (the German word for deriving glee from another's misfortune/the feeling you get when Nickelback encounters a crowd of Portuguese people), stay tuned to BitCandy.