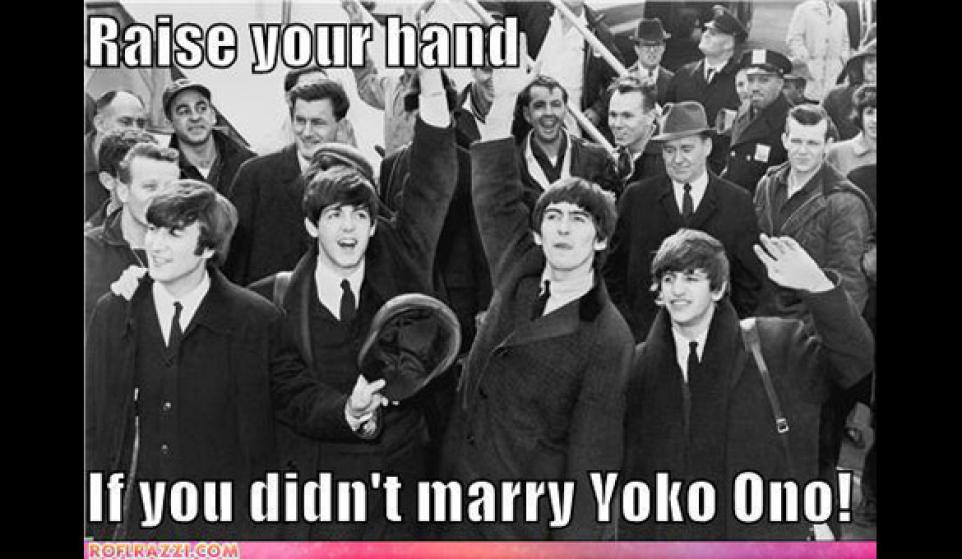 YOKO ONO - THE EBOLA OF BEATLEMANIA

“Love is blind. No one said anything about it being deaf.” I’m sure John Lennon secretly requested to have this quote micro-tattooed on his tombstone when he wrote his will. Yes, we’re here today to eulogize the musical career of Miss Yoko Ono. Yes, one can argue there never was a career to begin with, and yes it is unfair to expect an outpour of talent from a woman whose surname itself sounds like an omen – “Oh no!”

Yoko Ono inspired a generation how easy it is to punch petty differences in the face and walk the path of peace. And when one of the all-time greats and a deranged tone-deaf alien banshee can fall in love, I think she certainly succeeded in proving her point.

However, when you dare to toe the line with legends like John Lennon and Chuck Berry covering “Johnny B Goode,” the least you can do is mime an instrument and shut your pie hole. I’ve seen this performance clip about 4 and half times.

I chickened out of the last attempt because hearing what sounds like a banshee molesting a penguin at 3 am is what I consider “2spooky4me.”

Bill Burr’s gut-busting commentary on the whole Yoko Ono-Lennon-Chuck Berry debacle is a guilty pleasure rant for the ages that you absolutely must listen to. It sheds light on how John Lennon redefined the word “pussywhipped.”

Lennon’s decision to let Yoko tag along for this performance is the musical equivalent of Tiger Woods letting his mistress(es) swing for him in the PGA championships. Sure, Tiger messed up, but at least he knows the time and place to mess up. 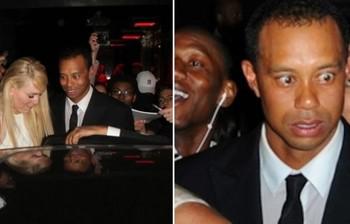 The cherry on top of the cringefest is when Yoko finishes her troll yell and sets the mic down like a boss with a classic “nailed it” expression. We got to give her credit for attaining the nirvana of cringe-inducing douchiness.

Aside from motivating my brain to burrow its way out of my skull out of sheer embarrassment, Yoko Ono kickstarted a parallel American Dream of talentless hacks making it big, and the cream of the crap can always tag along with the cream of the crop.

Disclaimer: Exposure to singing may cause suicidal urges to fly in reality

Unfortunately for us, her artistic vocals continue to ravage a new generation of art-snobs and die-hard Beatles fans who troll themselves into believing they are witnessing some avant-garde musical activism.