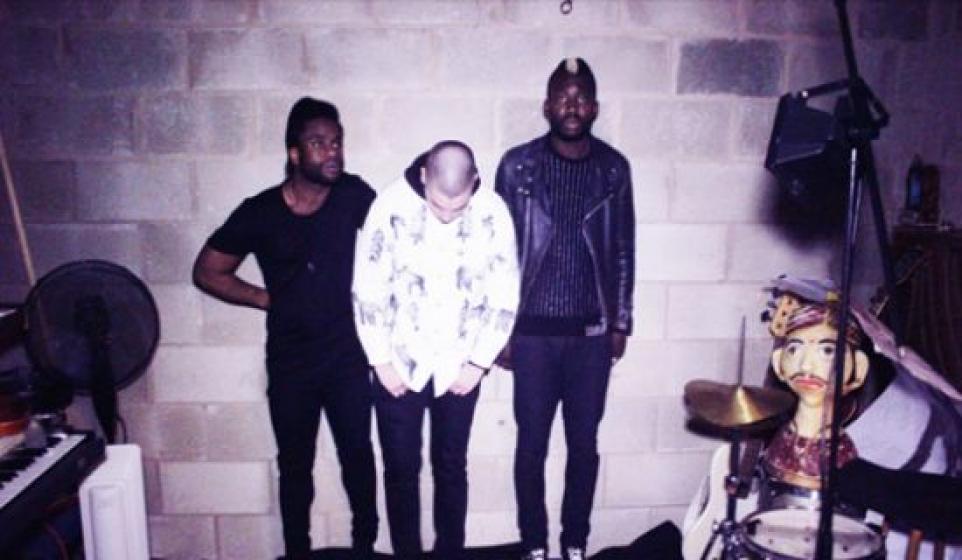 Afro-Scottish is one of my favorite race hyphens ever, and it also works as a descriptor for hip hop/psychedelic/pop trio Young Fathers. The eclectic group made waves with their mixtapes, the aptly titled TAPE ONE TAPE TWO, and now their new single "War" is being called a top new song.

Consisting of Kayus Bankole, Graham Hastings, and Alloysious Massaquoi, Young Fathers makes music meant to unsettle you. They describe their sound as "pop songs disguised as psychedelic hip-hop disguised as an improvised explosive device." While I would have thrown some commas in there, just for clarity's sake, this is a pretty on point explanation. In theory their tracks are more likely to give you an aneurism than get stuck in your head, but there's always some slice of pop beauty in their work.

"War" starts as minimalistic boom-bap, but slowly morphs into a hauntingly dark synth-driven pop number. Just watching this track get from point A to point B is a thing to behold. I'm still not entirely sure how I ended up tapping my feet and nodding my head, ready to break into spontaneous dance there at the end, but it was a hell of a ride. If you like music that doesn't follow any preset formula, will always keep you guessing, and is still catchy as all hell, then Young Fathers "War" is a cut for you. Hear it below:

Young Fathers' Dead is out February 4th, 2014 by way of Anticon/Big Dada. Head to their official site for pre-order information.

Peep the lyrics for Young Fathers "War" below:

Thanks for stopping by Bitcandy.