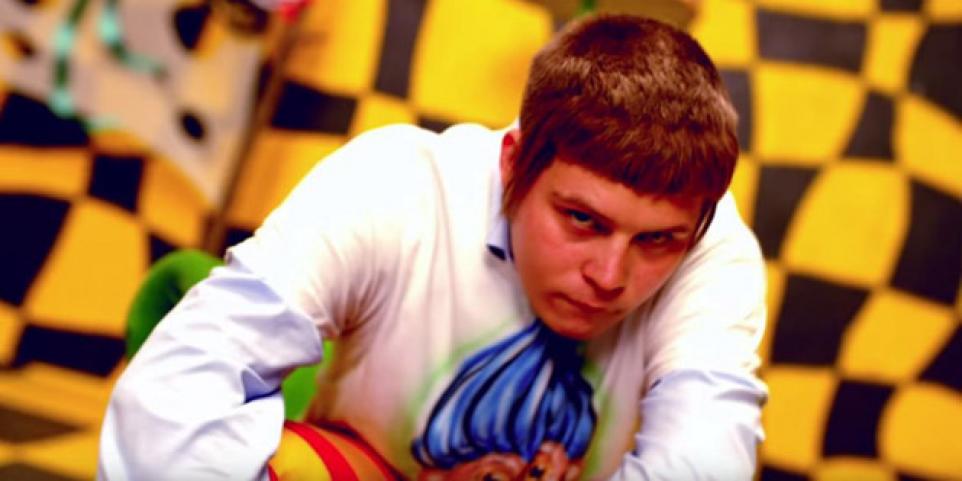 Sweden's Yung Lean exposes the surrealism of growing up in public with trill beats and a surreal music video on "Boylife In EU"!

Swedish rapper/singer/songwriter Yung Lean has been in the public eye since hitting it with "Ginseng Trip 2002." When Yung Lean would've been just 5-years old, incidentally. Yung Lean was only 16 when he broke out and caught the public imagination. "Boylife In EU" is Yung Lean reflecting on the last 6 years, all the growing up he's done and all that he's not.

To cement this vision, Lean released a music video to accompany the single, showcasing Yung Lean's truly weird, rich inner life. The video is of drawings and sculptures of Yung Lean's dreams and daydreams, which look like an Adventure Time episode at the Museum of Modern Art. Or Dragonball Z doing some hip-hop ballet.

It's weirdly appropriate for "Boylife In EU," which is mostly tranquil, hovering above a garden of meditative synths before a crisp beat pops off like a strand of popcorn tinsel. It has a similar levitating quality to recent Tyler The Creator, mostly Flower Boy, with a warmth and sweetness with a hint of danger just waiting to erupt.

It's a good sound for your early 20s. You're still riddled with nearly as much angst and hormones as your teenage years, but you're starting to learn how to use them at that point. If "Boylife In EU" is any indication, Yung Lean's doing it right. He's keeping his childlike heart alive while simultaneously mastering his craft. We Are: The Guard can't wait to see what he keeps getting into!