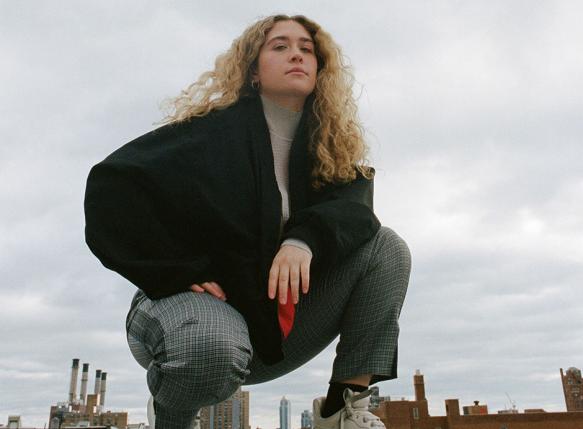 Hale and haloed, singer-songwriter BAUM has found her home in the world of alternative-soul-pop. Born in New York, but based in Los Angeles, she’s perfected her craft as a teller of self-aware, honest stories of heartbreak and hope.

Her sound plays homage to her affinity for the retro-grit of artists like Stevie Nicks and Mick Jagger, while her production encapsulates the familiarly and drive of Top-40 hits. BAUM has been featured by the likes of Billboard, OUT, Galore, Ones to Watch, and more. Publications such as The Fader have referred to BAUM's music as “coming of age pop anthems,” while Wonderland terms her as “one to watch out for.” Her last singles have dominated the Spotify charts - reaching 6 New Music Friday’s and the likes of curations such as Indie and New York Pop. Her singles, “Hot Water” and “Effortless” charted at #1 on Hype Machine. BAUM hopes to create music that inspires universally, but more importantly - that help others feel a sense of empowerment.