10 TWITTER MOMENTS: DOJA CAT HAD NO TIME FOR DISRESPECTFUL TROLLS

but have u seen my sex tape pic.twitter.com/aCBqIRz4sH

Check out the latest edition of We Are: The Guard's 10 Twitter Moments, featuring Doja Cat, Tyler, the Creator, Charli XCX, and lots more!

DOJA CAT HAD NO TIME FOR DISRESPECTFUL TROLLS

I won a grammy and traveled the fucking globe i’ve had a #1 and i went platinum. I make hit after hit after hit and you all want me to look fuckable for you so that you can go home and jerk your cocks all day long while you live in your mothers basement. Go fuck yourselves.

I KNOW THAT'S RIGHT. The hate Doja Cat had been receiving online ever since she decided to shave off her hair and eyebrows has been absolutely gross and disrespectful. Shout out to the Planet Her queen for standing up to the trolls. Personally, I think she looks totally badass with a buzz cut!

your new look leaves me breathless, you look amazing pic.twitter.com/Z08fAEqucZ

TYLER, THE CREATOR WENT ON AN IMPORTANT RANT

Between complaining about sweaty handshakes and sparkling water (or, as I like to call it, liquid TV static), Tyler, the Creator was clearly not having a great day on Thursday. Haha. Still, it's refreshing to see a celebrity using their voice and platform to bring light to these important, if not hugely divisive issues!

OMG. The taste really is tasting, huh? Not that this'll come as a surprise to fans and listeners of Joe Keery's musical handle, Djo. Just one question: What Charli XCX song would save Steve Harrington from the grips of Vecna and The Upside Down? I'm definitely thinking "Vroom Vroom" or "Hot in It!"

Vecna when I listen Hot In It. pic.twitter.com/oUU8O6NNIh

RINGO STARR GOT BULLIED INTO HAVING A PEDICURE

Wow I just had a pedicure looking good peace and love. pic.twitter.com/DOfmU7MO2w 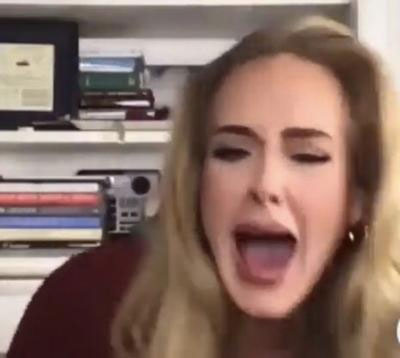 CARDI B SPOKE FOR ALL OF US WITH FOREHEAD ACNE

How do you get rid of a pimple in 2 hours ? pic.twitter.com/a3JaqsQqhi

The way this could be my Google search history? BE GONE, FOREHEAD ACNE. If you're also struggling with your skin, I recommend peeping some of the answers to this tweet, including this reply from the legendary Missy Elliott. As for me, I think I'll go with the easiest solution to the problem: Photoshop!

this is not true lmao https://t.co/wZw41TEJ3w

Halle Bailey really said: "YOU JUST MADE THAT UP." With her starring role in Disney's live-action remake of The Little Mermaid and a confirmed appearance in Ethan Berger's The Line, Halle Bailey is quite clearly booked and busy. Unfortunately, however, it seems Halle still isn't part of the MCU. SOON?

So was I… and I work there pic.twitter.com/M8QgEvx9xx

WAKE UP, BABE, NEW KENDRICK LAMAR TWEETS. As K-Dot fans can confirm, it's extremely rare the man himself takes to social media, so these comments on The Big Steppers Tour came as a very dope surprise on Saturday. Even his tweets are like poetry (Translation: I don't understand them)!

GRIMES REVEALED HER PLANS TO GET BODY MODIFICATIONS

Also does anyone know anyone great/ safe/ reliable ppl who could do vampire teeth caps on me in Austin or la?

Also, any reputable elf ear modifiers in either of these cities? (Still debating this surgery cuz cartilage doesn’t heal so it requires permanent stitches)

EMINEM HUNG OUT WITH DR. DRE AND SNOOP DOGG

Me getting ready for Eminem, Dr. Dre, and Snoop Dogg to drop new music: