10 TWITTER MOMENTS: TAYLOR SWIFT HAS THE CUTEST DAD EVER

The world is finally starting to open up after weeks and months of being locked indoors, but if you think that means our favorite artists are stepping back from their phones in order to enjoy more "offline" activities, then you have another thing coming! Even as summer rolls around, they're continuing to stay loyal to the bird app! On that note, let's check out the latest edition of We Are: The Guard's 10 Twitter Moments, featuring Taylor Swift, Mariah Carey, Lana Del Rey, and others!

TAYLOR SWIFT HAS THE CUTEST DAD EVER

Happy Father’s Day to all the dads but mostly mine, who called me yesterday to remind me he still has guitar picks from the Red Tour, ‘if they’re needed’.

Are you freaking kidding me? Papa Scott Swift is the absolute cutest! I'll happily take some of those guitar picks if he's looking to get rid of 'em! Side-note: Is anyone else unbelievably hyped for the arrival of Red (Taylor's Version)? Red is by far the best pop album of the century, and nobody can tell me otherwise, dammit!

The next album that I’ll be releasing is my version of Red, which will be out on November 19. This will be the first time you hear all 30 songs that were meant to go on Red. And hey, one of them is even ten minutes long https://t.co/FOBLS5aHpS pic.twitter.com/6zWa64Owgp

Just for laughs... from last year's lockdown when all I did was wipe tings down #HappyAnniversaryObsessed pic.twitter.com/EAgqlZZJpA

WHEN I TELL YOU I SCREAMED! I swear that guy got hit by a bus in 2009? Jokes aside, we don't make diss tracks – or hit tracks for the matter – like "Obsessed" anymore! Mariah Carey officially finished Eminem with that song and video! Oh, and can we talk about the fact Mimi basically hasn't aged in the last 12 years?

It doesn't get much more iconic than Lana Del Rey celebrating her birthday with an absolutely huge Barbie cake, as made for her by her brother Charlie! Plus, can we also acknowledge the fact Lana is nothing short of glowing nowadays? She's looking happier than ever as she enters her 36th year, and I'm here for it!

Thanks for the cake my bro pic.twitter.com/SLTQM4gwMh

support me in private and publicly do something different…these industry men are very strange. This situation ain’t no damn “beef” and I really wish people would stop down playing it like it’s some internet shit for likes and retweets.

Megan Thee Stallion takes time out from living her best freaking life to call out DaBaby for his recent collaboration with Tory Lanez, and, honestly? I love, love, love to see it! Megan is the absolute queen of coming for the haters, and you're goddamn right the Hotties and I are championing her every step of the way!

My stance hasn’t changed at all YOURS has. We already spoke abt this in private and you specifically said “that ain’t even no good business move why would I promote that shit” but now this ain’t your “beef” ? That ain’t real. But you stay on ya “business” my g https://t.co/WeKAVD0xnu 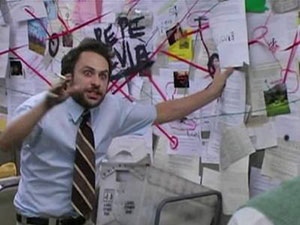 That moment when it's a heat wave in the middle of June, therefore you have no choice but to listen to Glass Animals on repeat! Even YouTuber Dream is getting in on the "Heat Waves" action! I'm quite frankly here for this song getting so much love almost one year after its release! Just remember you heard it here first, kiddos!

DOJA CAT HAS A BIG SECRET

i have a secret pic.twitter.com/ABBgAuzVuN

I'm sorry, but, what the hell were we thinking when we let Doja Cat sign up for a Twitter account? LMAO! I'm pretty sure the "Need To Know" singer and rapper is the biggest troll on the whole damn Internet! It's turning up the volume thinking she was about to confirm a Nicki Minaj feature on Planet Her for me!

Can you guys believe Tupac Shakur would've turned 60 years old on Wednesday? As much as we'd love to hear what Pac would have to say about the current state of affairs, instead, we'll have to make do with sweet, tender tributes like this one from Janet Jackson! BRB, going to watch Poetic Justice and cry a whole bunch!

We Are: The Guard favorite Jensen McRae is really out here thriving, and the team and I couldn't be happier! If you're yet to check out the "Immune" singer-songwriter, then what are you waiting for? The California native dropped her EP Who Hurt You? yesterday, and we couldn't recommend her acoustic indie-pop feels more!

punisher is a year old today thanks for listening pic.twitter.com/Mui0rWNcEZ

Fun fact I learned recently: Bon Iver by Bon Iver, Puberty 2 by Mitski, and Punisher by Phoebe Bridgers were all released on June 17! A blessed day, much? Anyways, I can't believe it's been one year since Punisher dropped! It only feels like yesterday I was crying the biggest, snottiest tears to "Moon Song!" Sigh!

P.S. The sequel we deserve!