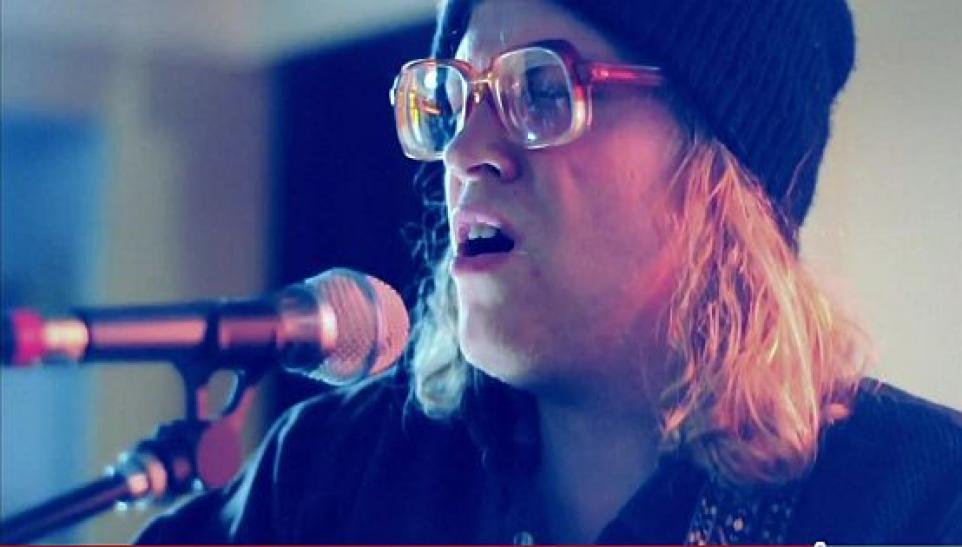 Like a mutant with the ability to blow up cars with its mind, Allen Stone has the tough task of controlling the gift he has been given. His talent, however, is an impressive vocal range with more power than a '88 DeLorean.

The man from Chewelah, WA brings a soulful sound desperately needed in this era. Think of a less gimmicky Mayor Hawthorne or if Miike Snow took less acid and grew up in Motown. He looks more like Devin Townsend than John Butler, but plays acoustic guitar just as well as the latter. If your skin doesn't have a goose bump reaction to his high notes, get your hearing checked and be sure to listen for the political undertones, as the man behind the voice is going the highroad with his art, something the genre needs.

There is something more authentic than oxygen about the singer's style, as he delivers tales of life, love, and loss in a tight falsetto or dazzling tenor. "Contact High" is a great avenue into his soul, with some snappy lyrics that highlight his wit and charm. His understanding of melody is more akin to Stevie Wonder and Marvin Gaye than Maroon 5.

Stone plays a rotating band, sometimes fitting up to eight people on stage, and the extra horn section and keys add a whole world of texture to an already layered composition. His skilled backing band is up to the task of laying funky bass and timed guitar and drum rhythm for Stone to vocally soar over.

"Unaware" is the stand-out amongst strong contenders, but Stone's ability to reach so deep inside while controlling his energy makes it a clear winner. His truth in storytelling is evident on almost all tracks and this track feels the most authentic of the bunch. His recorded effort is good, but has some way to go before rivaling his live performances. It's a tough problem to have, but when solved, is almost always the secret to success. Overall, Allen Stone is in no-way divisive, controversial, or questionable because he is fucking amazing. We aren't talking vanilla-safe, we're talking French vanilla-rich. Hopefully this man is a stoner and never overdoses on a real drug, because his star is just beginning to shine.