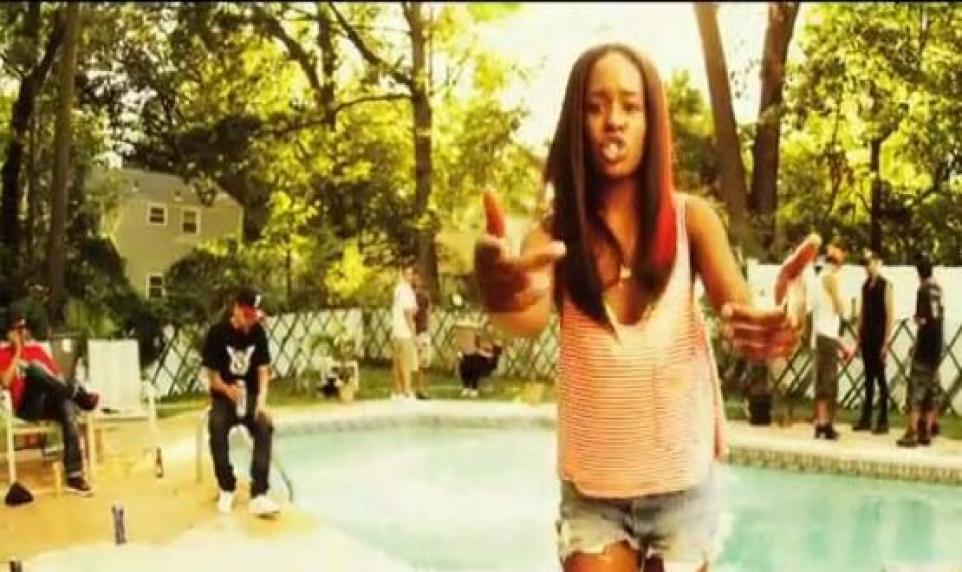 I was starting to look forward to Azealia Banks, after hearing her named the next big Harlem lyricist, that is until I heard someone compare her to Nicki Minaj; then I started dreading it. Hearing one more tune about a boom, boom bass and a "hell of a guy" might just make me want to jam earplugs so deep into my eardrums, that the surgery which would be required to remove them.

However...make no doubt, this twenty year old, highly educated, New Yorker brings the edgy creative, clever, rhymes and more. Even though she often raps about typical Ciara and Rihanna "been there, heard that a million times" stuff like sex, love, and what goes on downtown, Banks doesn't sugar coat things but says it how they are.  She is sweet like the members of Destiny's Child (the early years), but nasty like Kelis; I don't think Banks is talking about "magic tricks" when she says her older black boyfriend's a fuckin magician.

Check out Azealia Bank's SoundCloud here (and video below).  Keep in mind you're probably hearing demos here as she's just getting signed apparently.

Let's not forget her quirky blows at individuals like Lily Allen and Melissa Joan Hart either, which we all know Nicki Minaj would never have the brains to think of.  Not only does this young MC spit the truth about sex and the hardships of young life in NYC, she loves economics too: "I will lay him off if you want to be employed." Banks has mixed her tracks with eighties-inspired sounds, and the more I hear, the more addicted I become. This young rapper has potential to do something great; let's look forward to that.