British singer/songwriter Arlo Parks glimmers and glows with heart and soul. She might be just the thing to save us all.

It's beyond relieving to see an artist ascend on the strengths of their merits alone. Things can sometimes feel overwhelming and hopeless, when our inboxes and feeds are full of sponsored posts and micro-influencers. At times it can feel like everything we see and hear is created by committee instead of another person with hopes, hurts, dreams, fears, regrets. With this plasticine music weighing down the algorithms, it sometimes seems that only bands, musicians, and producers with a similarly coiffed, polished, sand-blasted public image and persona have any chance of even getting seen.

And with each passing day we get further and further from real authenticity, from actual connection and the art that stems from it.

Enter Arlo Parks, the stage name of 20-year old Anaïs Oluwatoyin Estelle Marinho. It's refreshing to see that Parks has had something akin to a traditional come up, signing with Beatnik Creative after catching their ear with "Cola."

Things've been happening fast for Parks in the last 2.5 years. COVID-19 derailed Parks' plans to perform at SXSW, yet she still managed to increase her global fanbase and profile while still remaining humble and down to Earth. The years of consistent effort, releasing one red hot single after another, culminating in her debut album, Collapsed In Sunbeams, which released on the tail end of last month via Transgressive Records.

Arlo Parks is that most rare and precious of gift - an artist tailor-made and perfectly-suited for playlisting, without becoming a plastic product or aural wallpaper. Her voice is mellow enough for the chillest of Chill Vibes mixes, while the personal, home-grown feel makes her eligible for your lo-fi mixes. Yet you get the feeling that the committee's been nowhere near these songs of excitement, regret, hope, confusion. She sounds more like a young Dusty Springfield or Nina Simone than some young Coachella hopefuls. Could it be, talent and personality meets style and market potential? Add what seems to be a good heart, a steady head, and genuine humility and We Are: The Guard are painfully obsessed! 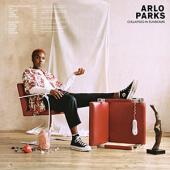