FEATURED FINDS: CABLE IS BASS HEAVY EDM FOR THE WEIRDOS

A lot of the best new EDM tracks pass through our inboxes (and our ears), but much of it goes ignored for publication on We Are: The Guard. Not right for the site, we say. Doesn’t fit the brand. Ain’t just right, you know? Even though we can like the tunes a whole hell of a lot we’re not going to do a write up on every popular edm song because that’s like ten to seventy songs a week and there’s no accounting for taste. That’s a DJ’s job, and we’re no DJs.

For us, the best EDM is the weirdest. The stuff that doesn’t fit neatly in a box with a genre-label and a beatport ranking to match. This is CABLE to a T. The relatively mysterious dark techno producer has his bass boosted all the way to infinity. CABLE has been putting out heavy-as-hell singles all year long (and some damn fine remixes and EPs before that).

In a world where Gesaffelstein and REZZ have dominated (very specific) airwaves, we’re glad to find someone out even further on the ledge of the dark and brooding variety. This is true Dracula stuff. These are not your run of the mill edm tracks, no. Darkness subsumes upon hitting play. Loudness awaits, turning that volume up louder and louder until your brain turns to mush. Hitters like these are guaranteed (*not guaranteed) to blow your eardrums, headbanging in solitude at the edge of the world (or at least in your mind). Bring the room to total darkness. Melt into the once-were. We all can become a dark black sludge of pain and misery together.

See, EDM for the weirdos. We’re glad you’re able to come and get a bit strange with us. After all these are some of the top edm songs we’ve heard all year. They say cut the cord on CABLE, but we say let this one in to your cold heart. It’s fast becoming winter after all. Need some fire to burn and keep us warm at night. May these tunes ignite that.

“Spires” is a war drum. A full on beating of disaster yet to come. Science fictional disruption, breaking open the simulation and letting the revolutionaries change the way we see things for the better (or worse). This track has the potential to wake up a sleeper agent inside of all of us, a reminder that we’re pawns in the game and the only thing really connecting ourselves to our existence is the music. CABLE is making tracks for the weirdos of the world to unite and fight.

Where “Spires” is a drum, “Sleepwalker” is a heartbeat. A sacrifice made on the operating table. Truth is it’s hard to talk about CABLE songs as if they’re different.  They aren’t.  Each track is one part of a whole. A large masse that doesn’t end, but shifts rhythms and tones into create a fully realized picture of aggressive techno bass soundscapes.  For most artists this would be a slight, but for CABLE this is all we want. Now we just can’t wait to see what happens when he starts composing music for movies and video games. “Sleepwalker” is CABLE’s most recent release and with each new drop his sounds seem to get bigger and bolder. Soon they’ll be uncontainable by the mere shell of the internet. Break open the simulation, we’re ready for it. 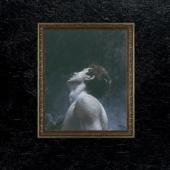 Label
Unsigned
Instagram
@ _c_a_b_l_e_
WE ARE: THE GUARD LATEST RELEASES