While we tend to focus on fresh faces as part of Featured Finds, it’d be a disservice to this musician to act like she appeared from nowhere, as a lot of artists prefer you to think these days. In truth, this singer-songwriter has been working away at her craft for many, many years now, softly caressing our ears with her indie-chill murmurs for close to half a decade. With a brand new EP, time machine, officially out for the world to hear, however, it finally felt like the perfect moment to properly introduce you to perhaps our best kept secret here at We Are: The Guard – the blissful bedroom-pop conjurer cehryl.

CEHRYL - OUTSIDE THE PARTY, INSIDE THE DREAM

Born in Hong Kong, Cheryl Chow was first exposed to music from a very young age, when her parents encouraged her to learn classical piano while attending the esteemed Diocesan Girls’ School. Even though the grueling hours were an initial turnoff for cehryl, the infinitely inquisitive youngster soon found herself becoming attached to the instrument, weaving short stories around the balletic tinkering of the keys. As she grew older and discovered MTV, however, cehryl gradually shifted her attention to the guitar, with Chow citing punkster Avril Lavigne and Taiwan’s Jay Chou as formative influences.

Despite the initial disapproval of her family, Chow eventually decided to pursue music on a more full-time basis, with the multitalented artist moving to Boston to study music production and engineering at the prestigious Berklee College of Music. It was a transformative experience for cehryl, who finally found herself in an environment where music was seen less of an academic pursuit, and more of a means to creative expression (“I thought that the world generally saw the arts as something that’s just for entertainment, to be put in the background,” she explained to Still Loud in 2017). A deeply productive period quickly followed, with Chow even managing to complete her EP, Wherever It May Be, from start to finish within the confines of her student bedroom.

Now based in Los Angeles, Chow is getting ready to open herself up to a wider audience this April with the release of time machine EP. Inspired by a variety of genres, including bedroom pop, bossa nova, and improvisational-jazz, cehryl has succeeded in delivering a truly lush, lived-in dreamscape – capturing people and moments in time like a Polaroid Sun 600. Indeed, it only seems right to talk about cehryl’s music in filmic terms. Channeling the quiet longing of Wong Kar-wai’s In the Mood for Love and Barry Jenkins’ Moonlight, it’s the kind of music that makes you feel like a leading star in your own movie, when everything around you takes on a slow-motion dance of soft romance.

Having received cosigns from equally sublime merchants such as Raveena, Still Woozy, and Jeremy Zucker, it feels like only a matter of time until cehryl is climbing up Spotify algorithms and into listeners’ hearts. Before the secret gets out about this Hong Kong dreamer, then, scroll down to read We Are: The Guard’s chat with cehryl after the jump.

WE ARE: THE GUARD: Hey there, cehryl! Thanks so much for chatting with us. As 2021 enters full swing, what's on the horizon for this year?

CEHRYL: Just put out an EP which has been a long time coming. Trying to excavate time out of my life to work on music again which has been hard. Doing a lot of side projects as well like photo books and zines.

WE ARE: THE GUARD: We've been LOVING your EP, time machine. Can you tell us about the process of writing and recording it?

CEHRYL: Thank you thank you! Half of the songs were written before I left LA in spring 2019, and half of the songs were written when I moved back to Hong Kong in the following months. There was a lot of reflection on the past and the theme of displacement. The writing and recording process was just like in my previous projects — pretty internal and independent. What made this project different to the older ones is I got more folks to work on the production of it. Shouts out to them all.

WATG: How did you get started in music? Is it always what you thought you'd be doing?

WATG: Is there anyone you love collaborating with?

CEHRYL: Friends always. So much easier to be vulnerable, and unafraid, and unfiltered when you're writing with friends. The writing process requires fearlessness. With my closest friends, like Brian Mantra and Ryan Yoo who are the two people I write with the most, I feel so comfortable expressing how I feel with zero fear of judgment. 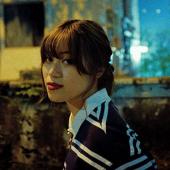