Nunnelee merges Southern sounds with lyrics that reflect adolescent growing pains. As a result, his music is soaked with emotion, from both the cry of his voice and the cry of guitar, drums and horns.

Something that I appreciate about Nunnelee is that he embraces, not rejects, his roots and how he grew up. Nunnelee was born in Memphis but grew up in different parts of Tennessee and Mississippi. The one constant in his life was attending church. Impacted by the musical synergy within churches, Nunnelee was actually first inspired to write and play music by one of his music ministers. To date, Nunnelee has three EPs out, embarked on a solo tour and has garnered over 100k followers on TikTok.

“What’d You Expect” is Nunnelee’s newest single. Stadium-like drums and meticulously placed electric guitar pay homage to the musical style of James Bay, while the vocal runs and controlled cries are a nod to The Lumineers. “What’d You Expect” is a perfect song for driving when you are on the brink of tears - but only if you have tissues at the ready. Nunnelee sings, “You said that it’s for the better / That doesn’t mean it won’t be tough / You said we grew up together / Baby, we’re still growing up”.

“Rooftops at Sunset'' is an immaculately produced and arranged tune perfect for, as Nunnelee says himself, road trips with someone you love. The start of the song features bizarrely syncopated banjo whose tempo stands separately from the other instruments within the song. Eventually, the banjo falls into place with the main tempo, and is joined by ethereal trumpets and a stellar instrumental post chorus. Whether you’re actually on a rooftop at sunset or speeding down empty backroads with your person, this song is guaranteed to put a smile on your face as you think back to the pining stage of your relationship.

DANIEL NUNNELEE - PUT ME IN THE GROUND

I discovered Nunnelee on TikTok from a video of him playing “Put Me In The Ground” and immediately fell in love with it. For a song released in 2017, “Put Me In The Ground” is an eerily relevant song to what we have all gone through in the past couple years.  Between the almost chant-like chorus, gradual build of instruments and far too relatable lyrics, this song has had me in a chokehold since the first time I heard it. I’m not the only one who feels the same - this song has over 3 million streams on Spotify. “So pack up your suitcase dear I was / Trying to go before the sun goes down”, wails Nunnelee. “One more day of going through the motions is gonna put me in the ground”. Chills. This is an exceptionally well executed song, and finding out that this was Nunnelee’s debut single blew my mind more than it already was.

Daniel Nunnelee’s EP What’d You Expect was released independently on May 28, 2021 and is available to stream wherever you listen to music. 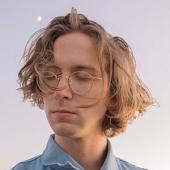