With two singles on the UK charts before she's even released a proper album, Dodie (stylized dodie) stands to be the indie underground's next big export.

It's a bit funny to be writing about finding an artist six years into their career. Dorothy "dodie" Clark has been generating press since at least 2016 when she began a steady rollout of quality singles and EPs, two of which ended up on UK charts despite not even being on a label. Even the chart success of Intertwined and You seems almost beside the point. Dodie made her career as a YouTube sensation before she even began releasing singles, with 2.7 million subscribers before she even began releasing singles.

Dodie doesn't need your approval with those kinds of numbers. The fact that she's breaking out shows that the world is coming around to dodie's point-of-view rather than the other way around.

Dodie's career could be looked at as a microcosm of one subsect of indie music in the 21st Century, with a kind of raw, soul-baring intimacy cultivated on Tumblr and polished on Instagram, rolled out in a series of hushed, confessional videos on her YouTube channel. It's music for sadbois and girls, the wayward orphans of Lada Gaga's monstrism and The Dresden Dolls' dark carnival. You've likely heard plenty of similar self-deprecating, semi-insecure confessionals from atop ukuleles and acoustic instruments, especially if you spend any time at house shows or open mics. (When there's not a global pandemic on, of course.)

Dodie just happens to be really, really good at it.

It's to dodie's credit that she hasn't gotten more polished and pro as her popularity has grown and grown. Her newest singles, like "Hate Myself" or "Cool Girl" are as raw as linen yet as finely wrought as delicate silver. It's enough to give us hope for a future of pop music that isn't just shouting in your face and constant self-promotion.

Dodie's music has toed the line between hushed and intimate yet impressively polished since the very start. Consider "Intertwined," dodie's first single from 2016. "Intertwined" breaks the complex intimacy of a romance into simple images of skin against skin, feet twining around one another, as two people take refuge and shelter together. The music matches the subject matter exquisitely - just a delicate plucky acoustic guitar punctuated with little sunspots of bass and strings. It's sparse to the point of minimalism yet it still sounds fully realized. Dodie does for bedroom indie folk what Cigarettes After Sex have done for romantic rock 'n roll.

Don't mistake "sparse" with depressing, though. Dodie's music is still playful, fun, bouncy as a bounce castle in slow motion.

Dodie's arc has been one of refinement rather than reinvention. It's to her credit that "Hate Myself" and "You" still sound as spacious and as delicate as her earliest work. For the most part, the more popular a musician gets the louder they become. Even quiet, introspective acoustic musicians can end up sounding like they're shouting through a bullhorn by the time they reach the charts. That's one thing that makes dodie's future so exciting.

That future may be coming quicker than we think. Dodie's schedule to release her debut album Build A Problem sometime this year.

We Are: The Guard can't wait to finally hear it! 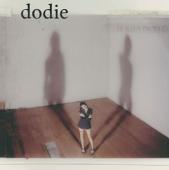