‘Just put on the record’ is definitely something we (as music writers) should say more, but often we’re so busy hocking the hits that we forget about the play through. And yet starting up acts of rebellion, Ela Minus’ 2020 debut album, we’re treated to this private breathy moment (literally listen to Ela take a breath) before the spacey synths kick in and we’re off into nearly 34 minutes of gorgeously droning indie influenced electronica. There are melodic hits here too, but in our opinion, just put on the record. Let it play. You won’t be disappointed with each of these groovy minimalist techno jams coming after groovy melancholic pop jams and then back again, creating this true portrait of malaise mixed in with some revolution and a little bit of fun too. Rare is it the thing coming together that feels like a complete work of sea change. Innovation serving to solve a problem of sound that just can’t be covered in 3 minutes. Maybe not every song on this record is going to blow your mind (it did for me), but Ela Minus seems just as interested in the silences as the hook and we think you probably should be too.

But, on our Featured Finds, it’s never as simple as giving you the link to the full record and letting it go. Here are a couple from Ela Minus that really spoke to us.

With Ela Minus having roots playing in an emo band, it can be found most clearly in the moody lyrics of “dominique.”  When she says “I am afraid I forgot how to talk to anyone else that’s not myself” it felt like a sucker punch to the stomach, a question of fear and a reminder that we’re all about to go back into society with an tenuous grasp on how to be and what to do with ourselves. In the early days of quarantine we asked our artists to make some revolutionary art, and this might just be the start of those releases. With a chipper, perhaps even hopeful beat underneath, it feels like we’re not lost in the haze, but perhaps only commiserating in it.

My favorite track on the record is definitely the edit of “el cielo no es de nadie” (which translates to Heaven belongs to nobody if that’s something important to you).This one has a more driving beat, with electro flourishes, and Ela’s voice whispering in Spanish shoegaze has hints of Billie Eilish’s droning pop (the best parts of her really). While the full record was recorded while living in Brooklyn, I’ve got to give props to Ela Minus for staying true to her Colombian roots on this one.

“megapunk” appears to be the hit here. Lyrically, in sync with the title of her record, this track seems to come from a place still in the midst of fighting the revolution. I’d be remiss if I didn’t include the TSHA remix, which ups the bass and heightens the drums and sets this one ready dancing the night away at a warehouse. TSHA has a string of jams and I’m glad to see her getting on the Ela Minus train before the rest of the world does. With this remix TSHA takes the stems of the original vision and puts them to their fullest potential. I am interested to see what other remixes come from this record. I expect them all to be heavy and heartfelt.

ELA MINUS - FULL PERFORMANCE (LIVE ON KEXP AT HOME)

Watch Ela Minus sing and create her tracks live from scratch thanks to full performance from KEXP. This set is truly just as mesmerizing as the record. We should all be so lucky as to be able to experience this someday. 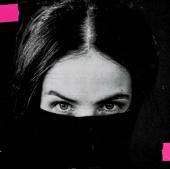