Sometimes fiction is more honest than truth. Artists are more able to be truly honest about who they are and their innermost beliefs when protected behind a pseudonym. This is particularly true of repressive, conservative societies.

A drive to critique while simultaneously paying homage to her roots in a religious upbringing were the initial inspiration behind Ethel Cain, the pseudonymous synthpop project from Floridian Hayden Anhedonia. She created the persona as a mythical preacher's wife in Dwight Eisenhower's 1950s - "a vacant stare and hollowed cheekbones; she’s the decrepit old woman sitting in the first pew, silently judging, embodying what it means to bear witness," as put by Pitchfork.

Although the project may have sociological underpinnings, you'd never know it strictly by listening. Sonically speaking, Ethel Cain sounds like Lana Del Rey sitting in with some futuristic rapper, like Wicca Phase Springs Eternal, who she collaborated with on "God's Country" on last year's excellent, critically-lauded Inbred. Or maybe a rootsier Juice WRLD or Pop Smoke.

Like Lana or Smoke, Ethel Cain''s vocals seem to levitate above the beats and glistening melodic synthpop. She shimmers in a crystalline cocoon of reverb. It might come off a touch detached, but all that much the better to see the world you're inhabiting.

Ethel Cain's rapturous vocals and holy-rolling ecstasy brings to mind the much heavier religiosity of Lingua Ignota but for dim nightclubs instead of big top tent revivals. In the process, Ethel Cain achieves the nearly unthinkable - transporting the Southern Gothic into the pop club.

Which is only going to become more and more prevalent, if the reception (and quality) of Ethel Cain's output stays on track. For one, she's got one of the most ethereally beautiful voices currently working, pairing the soaring soprano of a pop diva with the wordless ecstasies of Cocteau Twins' Elizabeth Frazer. And just as importantly, her production is pure heaven, with every element polished to sparkling perfection, giving the impression of a glittering snowglobe universe that brings to mind Beach House at their finest.

This is the secret of Ethel Cain - yes, the persona and shoegazey production give a sense of distance. And yet, her music seems that much more intimate, as a result. It's like when a novelist reveals something of their true selves, between the lines, when you fall into their prose.

Transitions and collaborations like Ethel Cain are mandatory if we hope, as a society, to foster true communication, compromise, and, ultimately, healing. Too often, it comes off as the plight of the "little people" (read: nearly all of us) simply aren't perceptible from penthouse apartments. Ethel Cain stands to truly crossover, being slick and sharp and catchy and well-produced for the swankiest happy hour, but also relatable and soulful enough for the most humble farmer or even, yes, pastor's wife. 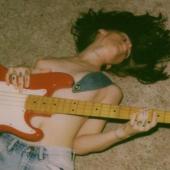