It’s no secret TikTok is key to achieving success in the modern-day music-industry complex. Hell, the app has become so very interwoven with the marketing of artists – new and old – that We Are: The Guard even founded a weekly column to keep track of the movers and shakers on the platform (check that out here). But, limb-contorting dance challenges and snowballing sea shanties aside, is it really possible to build a credible, authentic, long-lasting music career off the back of TikTok fame? Well, according to Mia Rodriguez, the answer is: “Absolutely.”

Hailing from Sydney, Australia, Mia Rodriguez got her start posting covers and other content on TikTok in May 2018. Within a few months of sharing her first video (a Michael Scott skit, of all things), the teenager had clocked up over 2 million followers. Scrolling through Mia’s earliest content, it doesn’t take a rocket scientist to figure out why the 18-year-old connected so quickly and so readily with her young audience. Mixing gothic e-girl aesthetics (she’s cited the films of Tim Burton as her biggest style inspiration) with a voice as soft and soothing as angels, Mia made for the perfect answer to a generation spoon-fed on Halloween queens such as Billie Eilish and Lorde.

Success on TikTok is all well and good, of course, but the real test for viral stars lies far beyond the confines of an iPhone app. Mia Rodriguez, unsurprisingly, has had no problem transcending the buzz created around her online. In late 2019, the young artist signed with the teams at Chugg Music and City Pop Records after catching the attention of Australian entrepreneur, businessman, and music-industry veteran Michale Chugg. Her debut single, “Emotion,” followed soon after. Bringing together Mia’s sugar-sweet dulcet tones with a foundations-shaking bassline and backing screams straight out of a Hammer Films production, “Emotion” was an immediate smash hit, with the song reaching over 2 million streams on Spotify alone.

“Emotion” was only the beginning of what’s been a continued meteoric rise for Mia Rodriguez. In April 2020, the J Award-nominated artist unveiled her second single, “Psycho.” Doubling down on her deeply dark, twisted sense of humor, with a bassline that goes harder than most dubstep or EDM bangers, “Psycho” – the video for which is currently creeping toward 10 million views on YouTube – could be described as a tongue-in-cheek response to Billie Eilish’s “bad guy.” More recently, Mia returned with her third offering, “Beautiful & Bittersweet.” Featuring off-kilter haunted-house synthesizers backing her mellifluous pop vocal, the song hears Mia further exploring the duality at the beating heart of her music, with the finished product sounding like an anti-lullaby straight out of Harley Quinn’s Birds of Prey.

While it’s understandable to be suspicious of overnight TikTok success stories, it’s clear Mia Rodriguez is a superstar through and through. From style to sound, the Australian act is the full package, creating sweet, spooky music for Beetlejuice-loving VSCO girls who spend their evenings casting black magic by the light of the moon. And having already become a household name in her native country, it feels like only a matter of time until Mia’s goth-pop goodness is making its presence known throughout the rest of the world. We Are: The Guard, for one, couldn’t be more excited. 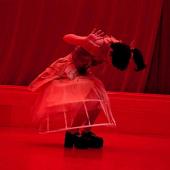