The insanely chipper and perhaps even aggressively boisterous production of hyperpop, underlined here with some masterfully emotional hip hop lyricism, is a melding of genres that really was just begging to come into the forefront of our attention, and yet somehow it took until almost May 2021 for us at We Are: the Guard to be aware that it had definitely already been happening. A venn diagram of everything we love and leave it to a 17 year old from Indiana, pouring his heart out on two records full of amazing tunes, to land us in this very special middle ground between sounds. Does it work? Oh hell yeah, it works.

With 10K followers on twitter and an army of monthly Spotify listeners midwxst fans sure seem to agree with our (late to the game) obsession. They have already been on it. Now the only question that remains is where the hell were we last October when this young visionary dropped record number one (Secrets)?  Asleep at the wheel, obviously. Feeling pretty terrible about it to be completely honest. Dropped the ball on something we know our listeners would be all about. Glad we’re up and awake for SUMMER03. Now, it’s time for all our readers to feel the same way we do about it.

If that doesn’t say it all, then maybe these choice, emotive, heavily-produced jams will.  We picked em out special for you. After all, every track on both these records has us hella excited.  But the most excited? That’s got to be “Trying” and “Final Breath.”

midwxst wears his influences right there on that sleeve of his. Both in cadence and delivery and also the choice of production to back him up. There are moments here where the singer/rapper feels like a young XXXTENTACION or Juice WRLD, that is until the guitar strum drops out to make way for chipped bleeps and the song feels like it’s been put through a filter of A.G. Cook or 100 gecs on tilt. “Trying” becomes dissonant, different from the ethereal calm of midwxst’s initial delivery. And that’s the point, because when it breaks and we’re left alone with the lyrics, they’re felt all the more powerfully.  This isn’t to say that the dissonance doesn’t work on it’s own merit and only the prettier parts are where this track shines. Nah. It’s the balance between them. The strike of a match between a flame being set and put out right before the destruction starts. Part of this song is HYPE and part of this song is CHILL, all while midwxst slips and slides his way through the track. Magical work really.

“Final Breath” is simpler than “Trying,” equal parts pop punk and emo hip hop ballad, the track builds in energy to close out the seven song release with a bang. This one is full on, with this chattering and rolling bass line that would absolutely destroy coming out of the right kind of speakers. Haven’t heard anything like this really and I’m excited to have had the opportunity to. Might whip this one out at the rave and pitch the crowd into a frenzy for a song they haven’t even heard yet. Feels like the potential of Panic! At The Disco’s “I Write Sins Not Tragedies.” While some of the other songs on the record seem perhaps more reflective, “Final Breath” is a cathartic release. As if to say, I’m on to bigger and better things already. What’s coming next? You’re not gonna even believe it… 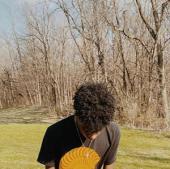