It's genuinely impressive to see new artists, especially when they're young, coming out with fully-fledged artistic visions, complete with mission statements and a polished promotional campaign straight out the gate. Especially when the artists are only 17, when many of us are lucky to even be able to make it to school on time.

Impressive as it may be, it can all get to be a little samey-same, especially for music obsessives who spend all of our time listening to and looking for new music. The non-stop Pop music merry-go-round can become a bit generic, with one Colgrate-bright indie pop hopeful looking - and too often sounding - like the next. It's enough to make you long for the days of weird, wooly, wonderful demos and local music scenes.

California's Payday is here to set the record straight, at only 17 years old no less. In a variety of genres, even. Payday operates somewhere in the Venn diagram between hip-hop and indie rock, bringing to mind 90s indie/hip-hop crossovers like Huggy Bear or early Beck. Even more impressively, Payday holds her own against these indie legends. It's easy to imagine even younger musicians breaking out "I Don't Cry" at local open mics. Or breakdancing to "Big Boy," with its caramel-smooth flow.

"Big Boy" is a good example of what's so great about Payday. It's catchy as hell, first and foremost, with its Tetris-esque sample, making for a cotton candy cloud setting for Payday's rapidfire raps. Beneath the surrealism and poppiness, though, lies an important message, detailing the fraught gender relations when you're young.

Payday's music offers a glimpse into the often confusing realities of being a teenager, especially nowadays. Like "Party," with its Andrew W.K.-worthy chorus. Payday realizes it's a slightly problematic approach to dealing with your problems, as she's partying to forget how she wronged someone, while also admitting it's fun as hell.

Even better, Payday makes homemade music videos for nearly all of her material, which is just as standout and distinctive as her music itself. Her videos are hilariously weird in a way we just don't see that often in these days of Social Media 2.0. All together, she's a hugely entertaining young musician and personality who also has actual depth and real heart.

Payday is raising hopes of a return to personality, of putting the music before an image and returning indie music and hip-hop to their anti-capitalist underground roots. We Are: The Guard can't wait to see it! 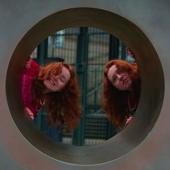