FEATURED FIND: RENATA ZEIGUER OPENS A WINDOW TO HER MIND

Renata Zeiguer, a New York based Filipino/Argentinian artist who recently relocated to the Catskills, takes us on a journey through her relationship with her past, her city, her childhood and nature in her new album, “Picnic In The Dark.” Following the release of her debut album, “Old Ghost” in 2018, she experiments with more laid back arrangements supporting soft, comforting vocals which tie into the album’s themes of home, moving on, and self discovery.

“Old Ghost” boasted a more indie-rock sound, with bright busy guitars and cacophonic drum sounds. In the opening track “Wayside,” she cuts through the heavy arrangement with clear, dynamic vocals and breaks out into rugged yowls in the post chorus. “They Are Growing” starts with aggressive drums delving into a rollercoaster-like arrhythmic synth riff. She desperately repeats “I always smile” with an anxiously loudening drum groove, with the band taking a dramatic pause to accentuate her “growing paralysed.”

In “Picnic In The Dark,” however, Renata switches from painting a reckless picture of her frantic mind to a more introspective, compassionate portrait of her psyche. With her co-producer and friend, Sam Griffin Owens, she creates a world of magical realism by using airy vocal harmonies, vintage drum sounds, and classically inspired string arrangements juxtaposed with ghostly synthesizers. She settles into a more consistent groove with guitars swimming in reverb and toms echoing into the distance.

In almost half of the album’s songs, Renata starts with a short drum pattern (usually boom-clap-clap-boom-clap) and slowly builds up the arrangement with loops and guitar riffs. The simplicity of the backing track allows for her complex lyrics, calming melodies and refreshing voice to stand on their own. I love her use of sensory imagery; lines like “the sky is turning over inside out/clouds evaporating the sun” take me to this transcendental world where caterpillars roam the sea and the spring makes conversation with the sun. The video shows her in an amusement park on carousels and rollercoasters which plays with the theme of her reconnecting with her inner child. On the topic of growing up and reminiscing about her past, she sings “over time the air begins to change/everything is different and the same.”

Renata talks about leaving her birthplace and communing with nature in “Evergreen.” She embraces change and finds solace in the greenery of the earth. “These roots are out and growing leaves me in the moment” is a beautiful zeugma that conveys her finding peace in aging and growing inside and out.

RENATA ZEIGUER - “PICNIC IN THE DARK”

All three of her music videos from this album open with her waking up in the dark. “Picnic In The Dark,” directed by OTUIM, takes place outside what may be her old childhood home. A incandescent UFO follows her around the old faded walls as she navigates her memories in a now inhabited house. Visuals like her dancing alone in the dark, putting a phone receiver back in its place, and setting the dinner table for four even when she’s alone all signify her tying loose ends and trying to find comfort and light in her past, present and future. Closer to the end of the video, she watches the UFO fly away from her in the distance, perhaps signaling her accepting and letting go of her childhood fantasies. After untangling some of the past burdens, she puts on her jacket and walks away into the dark.

The imagery, lyrics and arrangement work hand-in-hand to take us to this magical dream-like state where we confront the realities of a difficult adolescence and a lonely adulthood. However, despite the somber sounding message of the song, she reflects on these ideas with a subtle optimism, with the lyric “there is no light around but I have found a way out here.” She converses with the different characters in her mind with kindness, lovingly taking them for a nice stroll in a candlelit park. Fresh, whimsical and warm, “Picnic In The Dark” takes us on a journey to read our old fantasy story books with a new, healing gaze as we reminisce on the good and bad from our past.

In a press release, Renata describes what the song and album means to her: “‘Picnic in the Dark’ is about the process of navigating my shadows, learning to take up space, challenging fate, and finding the light within. To me the metaphor of the picnic blanket is like using a magic carpet to navigate both vast unknown territory and subconsciousness - letting things unfold with awareness while existing in an in-between state of familiarity and uncertainty, like the stillness within the eye of a storm.” 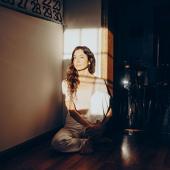