Yeah, it’s like to punks of a certain age, there’s nothing quite like signing a release to Epitaph Records. It can feel like the benchmark of a scene catching up to where you are, of music finally matching an artist’s much needed moment of recognition. This is, after all, the label that is largely to be held responsible for bringing punk to the mainstream (alongside Warped Tour of course). And yet Rosie Tucker’s third record (and first on the label) Sucker Supreme doesn’t sound entirely or even much like any of the label’s stalwarts. This feels like perhaps the label taking a step away from it’s pure punk rock ethos and breathing a bit of much-needed indie and folk into its culture of output. Which is perhaps even more punk than ever.

Rosie Tucker’s songs aren’t afraid of having a hook, they’re sing-a-longs full of genuine lived-in emotion and melody that pulls one’s heart up and out of their throat and let’s it live outside their body for a moment, looking back reflectively at themselves and taking it all in. Rosie Tucker’s songs are the pleasures of disassociation. Yet there’s something oddly playful and cutting about the songwriting here. Not quite a Sex Pistols sneer, but definitely somewhere in the camp of not giving the remotest fuck what you think (despite being painfully open about their feelings on just about every level you could imagine). As punk evolves, so do its stalwarts, and we see Rosie Tucker sharing more in common with acts like Courtney Barnett or Phoebe Bridgers than Rancid or Bad Religion. Hell yeah to all of this.

Sucker Supreme’s second single, “Habanero,” is as catchy as it gets. With lines like “this never happens to me” repeating throughout the track having this kind of inflection that latches onto the brain and doesn’t let go, permanently ingrained vocal tics that make Rosie Tucker’s songwriting the kind that will become your favorite, perhaps forever. When the song turns away from it’s more poetic verses and hits the more straight-forward chorus, Tucker sings  “wouldn’t we be perfect together if we wanted the exactly the same thing?,” a line that’s so devastating it’s gorgeous. I feel seen and I can only assume many of our readers do as well. These are the words of an artist that comes at their music with pure unadulterated truth instead of the bullshit.

We prefer it that way. Sucker Supreme drops in full on April 30th. You can also check out “Ambrosia,” “Brand New Beast, and “Arrow”  now.

It wouldn’t be fair to judge an artist on only their third release, when there are two other full length records to contend with. Of course this is our Featured Finds, so this has more to do with when we discover an act than when they actually break, but the truth is Rosie Tucker has been writing their excellent songs since at least 2015 (probably before that). It is Never Not Never Not Never Not’s “Spinster Cycle” that had us swaying in our desk chairs the most while writing this article. We have here a live version embedded from RING ROAD so y’all can experience how they perform these heartfelt indie folk punk ballads in their element.  Rosie Tucker, you’re real as hell.

WE ARE: THE GUARD: Rosie Tucker! Thanks so much for chatting with us. As 2021 enters full swing, what's on the horizon for this year?

ROSIE TUCKER: Thank you so much for having me! I just had a birthday, so I made a list. Mostly, I'm going to be trying to reacclimate to being in places that aren't my apartment with people that aren't my partner. That said, I'm going to release a record, which is very exciting, and I'm going to see the release of the first record I've ever produced, which is ALSO very exciting. I'm looking forward to touring again, once it's safe to do so. I'm dying to go on a road trip with my partner and my dog, and cook dinner for friends in my home. Simple stuff.

WE ARE: THE GUARD: We love "Habanero!" Can you tell us about the process of writing and recording this song?

WATG: The music video rocks. What was the inspiration behind it, and how did it come to be?

RT: All credit for the music video goes to the director, Katharine White. She was eager to make the project work, asked a lot of pertinent questions about me and my art, and translated all that into something really simple and really good.

Also, I cannot stop talking about this, but I put a wetsuit on underneath my clothing and got into a very frigid swimming pool. And it looks sick. So that's great!

WATG: Who are some of your favorite people to collaborate with and why?

RT: My favorite people to collaborate with are Wolfy, Jessy Reed, and Jess Kallen. I made "Sucker Supreme" (my upcoming album) with them and I had a really good time doing it. I think they're all phenomenally talented alone and that we work great together. Wolfy is a mind-blowingly capable producer, Jessy plays drums with a singular style, and Jess writes songs and guitar parts that'll break your heart if you're not careful.

I know plenty of people have a gift for collaborating across a wide spectrum of artistic relations, and I respect that way of being a lot, but I've found I enjoy myself the most with a small team of people who I feel really comfortable with. I think this lets me move freely in how I communicate my ideas and with what roles I inhabit. Time and intimacy help me to access the confidence I have in myself as a musician and the trust I have in the creativity of the people around me. I also think excellent collaborations take time to grow, shift, get weird.

I also work with a management team comprised of Greg Katz and Tessa Hunt. I think this is an essential collaboration too, because translating artistic impulses into records and music videos and visual media that work their way through the world and find new listeners takes a lot of diligent calendaring, emailing, and work. If you've heard of an artist, unless they're your roommate's cousin or something, there are almost certainly people at the other end of the line working to get that artist heard. I think it's important to talk about the process of developing an artist's career. There's something really seductive about a mysterious wunderkind type narrative, the illusion that at the center of any successful project is a wild, driving, "natural" talent that forces the infrastructure of the music industry into spontaneous large scale displays of acclaim. This does a disservice to all the people who make a project function, and also musicians who don't have access to that type of infrastructure and wonder why their good meaningful art isn't popping off.

RT: I had been listening to the song "Love is Everywhere" by Pharoah Sanders on repeat and then the album with Sanders, Floating Points, and the London Symphony Orchestra dropped, so I've been enjoying that. I'm excited for the new Hiatus Kaiyote. But truthfully, it's just been the one Pharoah Sanders song over and over and over.

WATG: Can you tell us about a life changing piece of advice that you heard?

RT: Once, in response to a fit of nervous frustration, Wolfy told me "the boat you're afraid of rocking is your own boat". It's been a process, an essential part of growing up, I think, to recognize where I am in charge, where I have agency, and then to decide what I want to do about it.

Sucker Supreme arrives April 30th and you can pre-save and pre-order it here! 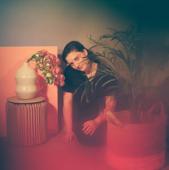