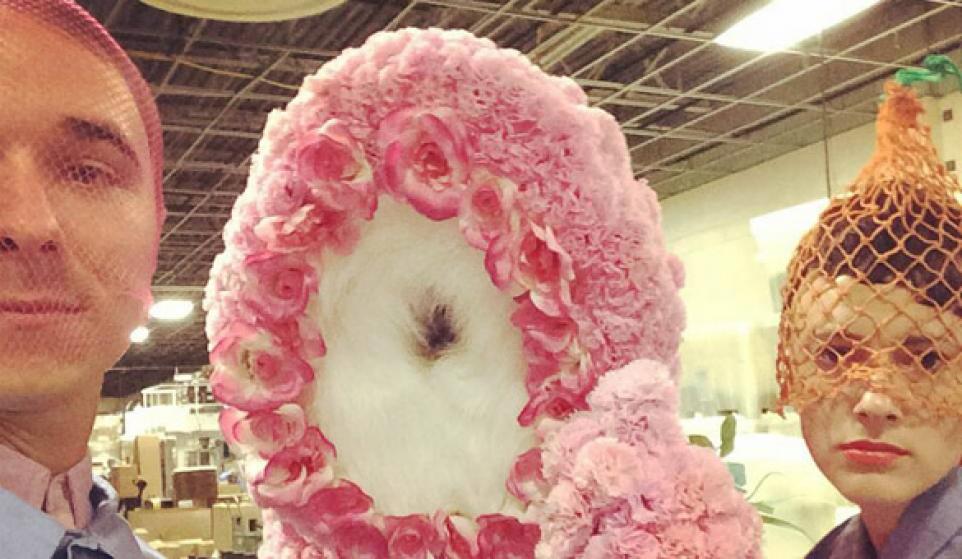 When language fails you, make up new words. Or at least that appears to be the thinking behind new artist Rubblebucket's name.

Despite what anyone says, that's not a word. Rubblebucket doesn't mean anything.

When you listen to the music made by these Brooklynites though it starts to seem like Rubblebucket means everything. But it also means nothing. Maybe everything and nothing are the same thing. Are there any absolutes?

Um, where were we? Oh yeah, Rubblebucket. They're really good.

Rubblebucket is the brainchild of musical couple Alex Toth and Kalmia Traver, who met at University of Vermont, where they undoubtedly rode their bikes everywhere and composted. Both were music majors and upon graduation set out to make their way in the world together. They both scraped together various odd jobs to get by, including playing in the reggae band John Brown's Body (which is a terrific band name). Traver also posed nude for art classes.

And Tosh was some sort of ringer for marching bands. It was out of this bohemian chaos that Rubblebucket came to life. What started as a duo had at one time up to as many as 7 members, and has now settled into a quintet. The band has gained a good deal of fans and critical praise through a smattering of self-releases. Their latest effort, Survival Sounds, is due out later this August and seemingly has them poised for a breakthrough.

The thing is, they've been this good for awhile.

RUBBLEBUCKET "CAME OUT A LADY"

Much like the band's name, Rubblebucket's sound is hard to define. They merge psychedelic indie rock with dance pop, essentially, but there's more going on than that. As their name might suggest, there is a sort of found-noise phenomenon that occurs when listening to their songs. They sound like The Asteroid Galaxy minus the big-band bombastics mixed with the indie-dance sensibilities of post-chello Ra Ra Riot.

But all of that seems simplistic and reductionary. So in my failure to accurately describe Rubblebucket, I turn things over to the band's Publicist/Sister, Mollie Traver:

- "Rub-ble-buck-et [ru-bul-buck-it] Noun 1. A vessel in which workers collect waste materials on a construction site; We need a rubblebucket for all this rubble. 2. A wild art-pop band from Brooklyn, NY; I'm jonesing for the new Rubblebucket album ‘Survival Sounds’. 3. The condition of having hard nipples, or riding a mean yes wave; He has great Rubblebucket. Verb 4. The act of uncrossing one’s arms and letting loose, while strange, new feelings and sounds flood mind and body, leading to uncontrollable dancing, possible injury and definite sweat; Man, we really put the rubble in the bucket last night."

To suggest the band is about to blow up may be inaccurate since they've already been flow across the country to play Jimmy Kimmel Live. While in Los Angeles, Tosh nearly vomitted after over-indulging on pizza in the green room.

There's a lot more Green Room pizza in this band's future; here's to hoping they can control themselves.