For We Are: The Guard’s “Featured Finds” series, we are only meant to write about two or three songs (MAX)- a feat which is made only all the more challenging when faced with an album as brilliant from start to stop as serpentwithfeet’s DEACON. You mean I have to choose? But... I could write about every single song on this record and still have hyperbolically positive things left to say about each and every one of the gorgeous tracks from this experimental soul musician and what is likely the early frontrunner for record of the year. So, what I’m more or less saying is that this assignment isn’t really fair and you’re gonna have to take up your complaints with the arbiters of the internet.

Sure, I could just go and write about serpentwithfeet’s soulful and choir-inspired collaborations with Ellie Goulding, Ty Dolla $ign, Skrillex, Kanye West, FKA Twigs, BJORK(!), Zebra Katz and Virgil Abloh, but I’m not gonna do that. Instead I’m gonna let you dig those up on your own. If you’re already a fan of any of those artists, serpentwithfeet only makes them that much better. Go ahead and crack open your streaming service of choice and listen to every song this artist has, including (and perhaps even especially) his 2018 debut, soil. But for now... I’m gonna pick my three favorite tracks on the new record and you’re gonna fall instantly in love with this new (at least to us) artist. serpentwithfeet is definitely that new hotness, no question in my mind.

“Hyacinth” leads off the record and hits right out of the gate.  Production is quiet and simple, some background layers and basic chord structures, letting serpentwithfeet’s voice do the heavy-lifting. He can croon, he can autotune, he can hum, he can breathe heavily, and it all sounds fantastic together, taking all notes in the range and letting this singular voice be the whole journey. And that’s what the entirety of this record (and perhaps serpentwithfeet’s whole limitless future) is based on: the voice of an angel. He got these chops singing in church choir as a child. Well now, it’s like he’s the whole choir encapsulated in one person.  If this isn’t vocal mastery, I don’t know what is.

I always play the record a couple of times all the way through before I write about it and there’s a specific moment on “Same Size Shoe” (track 2) where I knew this one was something special. About two thirds of the way through this song serpentwithfeet asks where the trumpet is, and the track responds with a vocal impression of a trumpet. It’s playful but also so sonically pleasant, and just this move that feels simultaneously emboldened and earned and the very specific choice of an artist who is not so afraid of the impression they make.  This was the moment that I knew serpentwithfeet wasn’t just another soul singer, but was something so much more than that.

Once upon a time you could tell if a record was going to be any good by the third or fourth song, so front-loaded that the last couple of tracks felt like filler and hardly ever even got listened to. This is not remotely the case here, “Fellowship” is an anchor that seems to tie the whole record together. The final track on DEACON  contains a refrain that is infectious and deeply heart-warming, and will be played amongst close friends connecting for many years to come. And yet the song builds to a bit of a frenzy thanks to production from Sampha and Lil Baby. Maybe it’s the blessing of my own thirties, but this song pulls on the heart strings like no other. Makes me feel like going forward, if surrounded by friends, anything is possible. 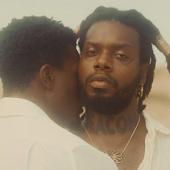