spill tab is the sparkling, but honest indie pop project of Claire Chicha. Collaborating with writer/producer David Marinelli (remotely primarily), the two began to craft the project’s sound after Claire visited LA one summer when she was still living in NYC. Claire and David compliment each other’s talents by sending each other stems for Claire’s songs and their creative process flows. David helps with shaping the production, and Claire records her own vocals.

After graduating college, Claire thought she wanted to go into the music industry as tour manager and/or A&R. She lived her dream as assistant tour manager for Gus Dapperton, but soon began to work on her own music during quarantine. Claire is of French-Korean descent and her music encapsulates both cultures in different ways. In an interview with Dork Magazine, Claire mentions that her dad was a jazz-head and her mom primarily listened to classical music when she was growing up. While inspired by her parents' love for jazz and classical music, she also listened to Radio Disney that, in her own words, was a “bops only sort of station.” I think this led her to create her own bops. In an interview with NME, she talks about her implementation of French, and how the language has helped shape her sonic identity, while expressing part of her personal identity in a way that she couldn’t do before.

spill tab’s music explores many different topics from her own internally processed version of life to entering young adulthood. The combination of her hard hitting production along with her smooth vocals, lush melodies, lyricism, and songwriting compliment her sound fantastically. Her overall process is collaboration. No matter how hard the work might be, she continues to push her own creativity by working with others. Her most recent collaborators include JAWNY and Tommy Genesis.

SPILL TAB - “ANYBODY ELSE”

spill tab is currently signed to Arista Records which is a subsidiary of Sony. It is home to artists like Audrey Nuna, Joy Again, JP Saxe and many more talented artists.

Micah Rubin is an avid music connoisseur who loves to watch movies and spend time at dinner parties. He loves The Sopranos and playing shows with his band, The Brazen Youth. His dreams and goals include wanting to bring people together through music, striving to always create an efficient and safe space for others to work and create. He hopes to become an A&R or Music Supervisor one day. 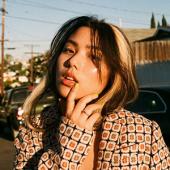