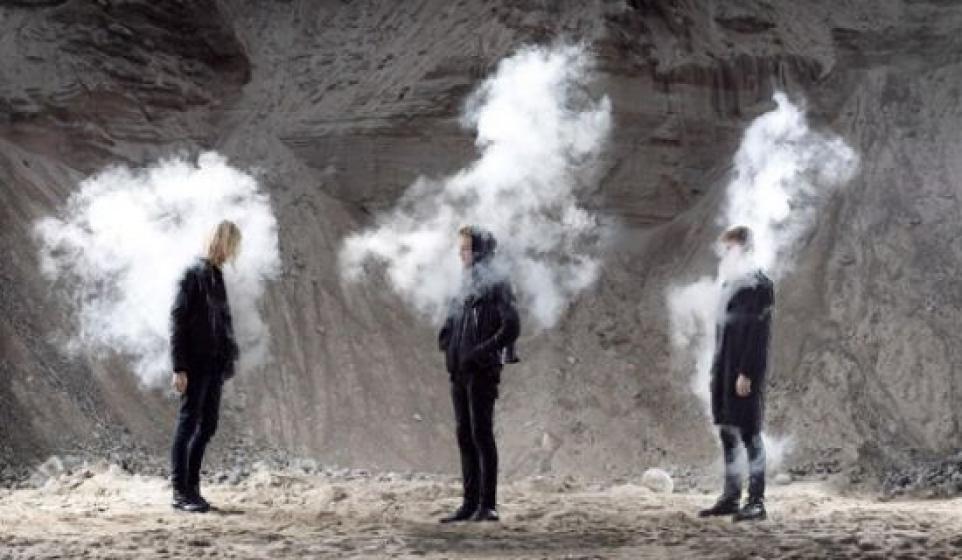 Electro chill pop is totally in right now, and DNKL (pronounced dunkel) are the Swedish pop trio who are going to show you how it’s meant to done! PROPER! They’re dark, eerie and 100% heavenly, but they’ve only got one track out, so you’ll have to wait and see what comes next. Rumor has it that it’s going to be massive!

Big ups to Bitcandy’s legend curator Duffster for finding these dudes. I mean, how the f**k does he do it?! He must be some sort of jedi or something.

So judging from their first official track and the music video that accompanies it, these guys were probably a lil’ emo back when it was cool. I mean, it’s just a hunch, but I’ve got the feeling they definitely had some awesome black fringes. Or they’re just really in touch with their dark sides, because Hunt is probably the only track that accurately describes my mood this year. 2014 is dark. It’s sucky. There’s no hope. All we’ve got is Bitcandy and all Bitcandy has are artists like this. Artists that make you feel a little less alone. With songs that make you think that the world is a pretty wonderful place, even if it’s only for 4:02 minutes.

Sometimes I like music that feels slow, because that’s how I feel. Sometimes. Sometimes I need music to evolve almost as much as I do during that nasty time of the month. Sometimes I need something that just gets it. Gets me. Gets life right now, whenever right now may be. DNKL’s Hunt does all that and some other stuff that haven’t quite figured out yet. When this track hits the blogs, you’ll hear people calling it “haunting”, “mesmerizing” and “ambience-inducing” and they’ll be sort of right, but really they’ll just be explaining one layer of one part of this song. There’s so much more going on here, that not even the great, almighty me can sum it up.

So now the waiting game begins! What’s next for Sweden’s new cool cats of chill pop? I hope it’s just as drippy and despairing as this beautiful masterpiece of infused sound-emotions. Now hit them up on the interweb to stay in touch: