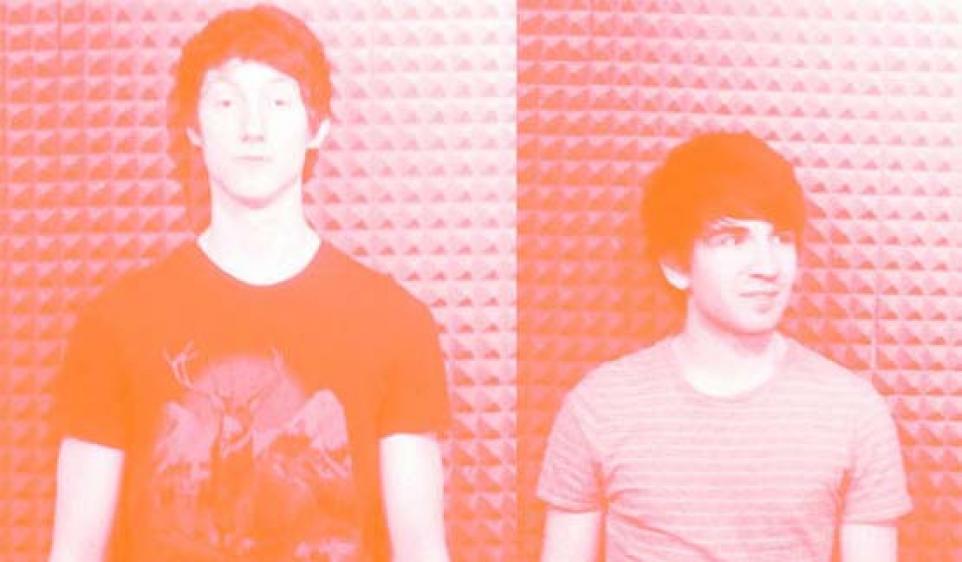 When I tell people I'm from Manchester, I often do so with the sort of grotesquely smug facial expression that's usually reserved for people who have done things which require actual talent or bravery, rather than just being fortunate enough to be able to live in a certain place. But unwarranted smugness aside, we Mancs do have a lot to be proud of. We've got a rich musical history, and even post-madchester, the music scene here is awash with fresh talent emerging from every nook and cranny of the city.

One such band currently emerging from said nooks/crannies are Ghost Outfit.

They make a hobby out of obscuring melodies by slathering lo-fi guitar noise all over their tunes. Although that might sound a little off putting, you'd be surprised at just how well they manage to make it all sound. Yeah, I know, lo-fi bands are everywhere these days, and people seem to have resorted to using the term 'lo-fi' as a cloaking device for the word 'shit'.  But with two fantastic EP's, Young Ghosts (Side 1) and Young Ghosts (Side 2) under their belts along with their latest amazing musical output, a 7" single entitled Tuesday/I want somebody else, Ghost Outfit are able to distinguish themselves as an act who can genuinely make fuzz sound good.

With seemingly apparent influences from shoegaze acts like Dinosaur Jr and Slowdive, Ghost Outfit will probably never be described as being astonishingly 'out of the box' per se, but they seem at least free of pretensions. There's no experimentation for the mere sake of experimentation, and I think that's something, which they as a band really benefit from. Because whilst hearing Bjork yodel through a megaphone at a goat (I'm pretty sure this probably has actually happened) is kind of entertaining and interesting, after you're done watching you want to acclimatize back to a certain level of enjoyable normality. Thank god we have Ghost Outfit to help us do that.