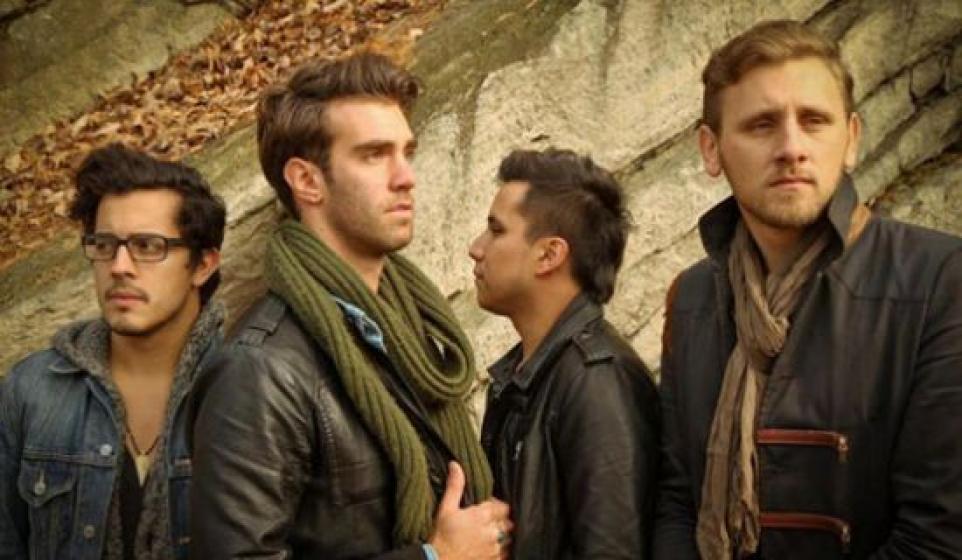 Sometimes, you just gotta get your pop on. The played-out twee tricks rack up quick with these Brooklyn hearts - handclaps, banjo, stock starlet cover (Ellie Goulding's "Lights"). But there's just something unabashed about these guys. And before you know it, they're whipping out tight-jeaned, four-part Queen harmonies that slay. Could do without the "I'm a believer" signs all over Manhattan. But if there's anyone to take a self-deprecating stab at reappropriating the word 'believe' back from that chump kid Bieber, American Authors are the unsigned "fame"-winking contenders:

It's like they want you to hate 'em in short, dedicated bursts. Either via Foster the People emulation, or with soap-opera-ish soul howls. When Zachary Barnett whines lines like "you with those sad eyes/don't be discouraged/I realize it's hard to take courage," we want to smack him. But then they about-face and show this mastery of the hook, all four of them in military-like cheer control. Word is they chase inspiration in lucid dreams. We thought it was overwrought bullshit, too. But then again, watching them turn their 'Cancun'-postered bachelor pad into a Madison Square Garden affair puts things into pure-bred perspective. Keep showing your "True Colors," guys, wink: