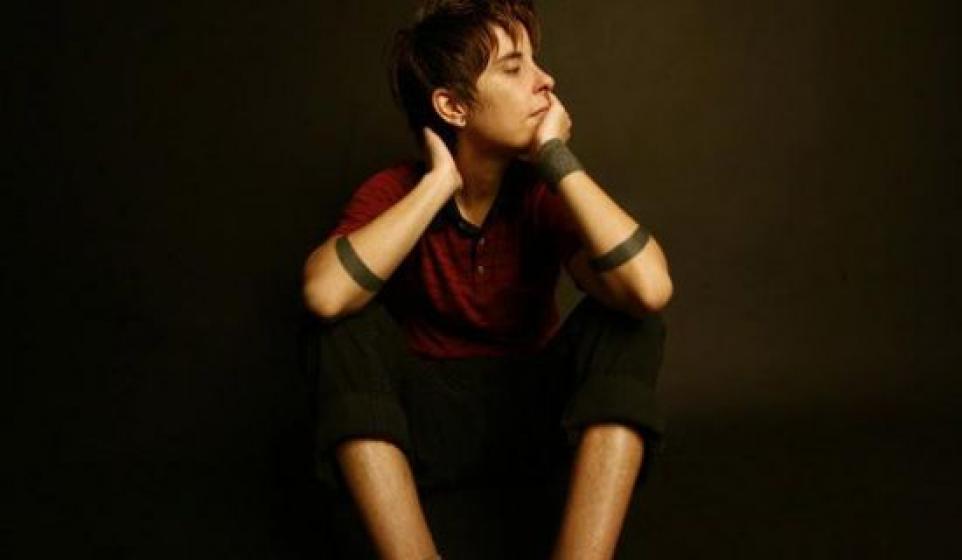 When I use the disclaimer “New Artist Finds”, I never quite figured out who qualifies as an artist and who doesn’t. But when I came across the magical realm of slam poetry, at least I now know what puts the ‘art’ in ‘artist’.

If you’re not familiar with what defines a quintessential slam poet, just think of it as Kanye West minus the massive ego, sampling thievery, hoe brigade and obese bodyguards, PLUS real talent. Megafucktons of real talent...backed by socially, politically and philosophically fuelled messages that will force your beer-guzzling, dollar-craving, tramp-chasing, YOLO-invoking ass to shut up and introspect.

Andrea Gibson is one of the most highly touted slam poetry prophets hailing from this enlightened cult of verbose wizardry. Slam poets are well-known advocates of social and political causes, and Gibson is no stranger to being an inspirational trooper for issues like gender equality, LGBT rights and various political matters.

Writing from her bones and reciting from her heart, Andrea Gibson’s theatric and emotionally roundhouse-kicking performances have made quite an impact on the WTF scale (World Tearful Fuckery scale). On this scientifically renowned scale for gauging emotional trauma ranging from 1 to 10, with 1 equating to Justin Bieber getting hit on the head with a bottle and 10 equating to Simba watching Mufasa die in Lion King, Andrea’s poems have consistently generated an average reading of 9.

Andrea Gibson’s self-empowerment phoenix rose from the ashes with her critically acclaimed dynamic and vivid first syndicated book named Pole Dancing to Gospel Hymns. It delves into hauntingly deep themes such as the psychological trauma of soldiers, chipping away at the bedrock of hate propaganda and surrendering to our ever-present longing for love.

To be honest, exploring the realm of slam poetry is literally like venturing into a Pandora of perfection and Andrea Gibson is the cathartic bitchslap to a world that calls Lil’ Wayne an artist.