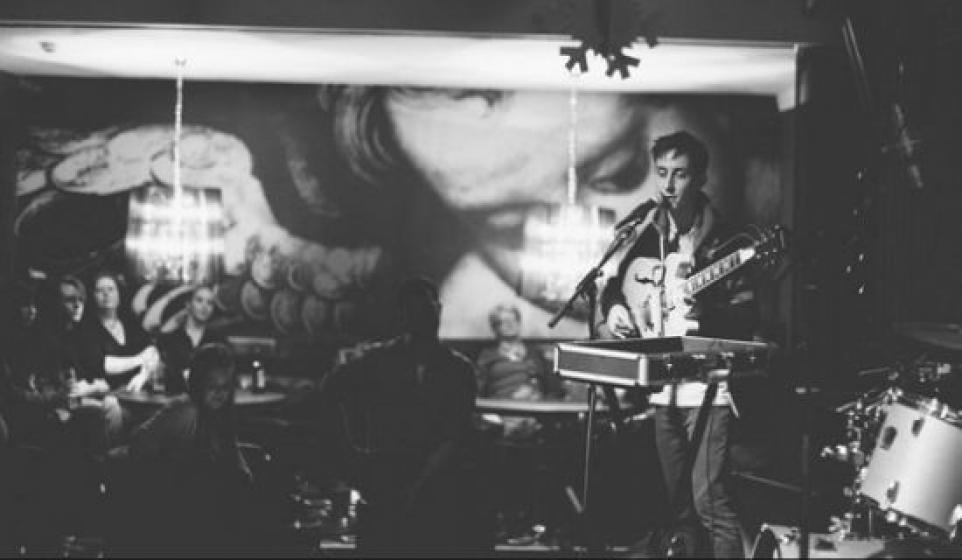 Whomever mysterious new artist Astronomyy is, two things are clear:

1) He doesn't give  f**k about spelling.
2) He's somehow managing to stand out in an increasingly crowded UK R & B scene.

Whomever this exceptionally talented chap is, he's trying to call his music surf R & B, which will go the fetch route in terms of catching on. It's really just minimalist R & B, with reverbed guitar doing the heavy lifting while spare electronica and percussions interject from time to time.

But when the music is this gripping and lovely, I guess you can all it whatever you like.

About all that is know about Astronomyy is that he's from Worcestershire. And he has a voice that's as pillowy soft as a bed of California Stars. He refers to himself as a songsmith // space guitar. Not really sure why he left out the "ist", but whatever. Like me, he's rocking the banana board. He posts some inspirational messages on Facebook like: Find someone who believes in you and spend the rest of your life with them.

This may seem like sound advice, but it also seems like a road map to living with your parents forever.

Oh yeah, and the two original songs he's released are basically all I've been listening to for the past two weeks.

Sonically Astronomyy is sure to garner plenty of comparisons to James Blake, The xx, and that one The Weekend song. But to me, he/she/they sound like the London's answer to Rhye. Aside from the fact that trying to determine who Astronomyy's contemporaries and influences are is truly absurd just two songs in, all this is to say that he has a very bright future.

He also has the good sense to record an emotive reimagining of Kendrick Lamar, so aside from the whole spelling thing this cat can basically do no wrong.