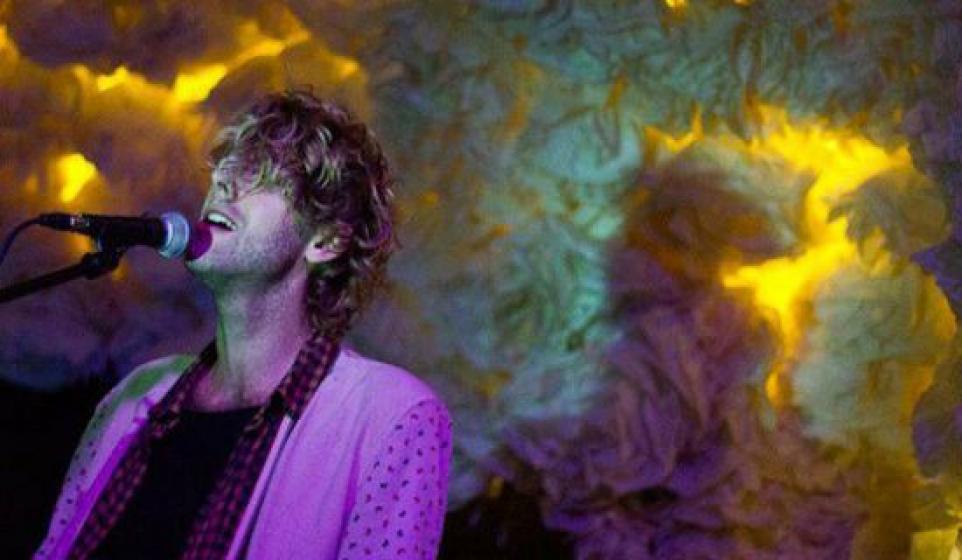 Being an ex-hipster who believed hope for current music crawled into a corner, begged for a Tom Waits song and shot itself in the mouth the very moment Lil’ Wayne’s album went platinum, I was mistaken. And now…there isn’t a shred of doubt in my mind that the ongoing wow is happening right now. Leave it up to bands like Baby Alpaca to prove me wrong and buy my faith back. (A big shout-out to BitCandy curator Pucken for stumbling across this awesome artist.)

Brooklyn-born singer-songwriter Chris Kittrell’s project Baby Alpaca is a chunk of melancholic sunshine that illuminates the senses with a mix of psychedelic and dream-folk music. Apart from Mr. Kittrell being what Snoop Dogg would term an “Abercrombie & Fitch-model looking mofo,” his maturity and intrepidity in his approach to life is what Nas would term “some Socrates level shit.”

Baby Alpaca makes its own untainted mark in indie music as it ventures into soundscapes previously seen but never fully explored. Its musical styling is inspired from a sensual trinity of 80s pop, folk rock and electronica. Perhaps the best part about this is that the transition between these styles is so effortless that it makes the emotionalism look truly organic (even more organic than vegan flip-flops).

However, the unbelievably mesmerizing vocals of Chris Kittrell are the real ace up the sleeve of Baby Alpaca. His uniquely layered and mature vocals reflect a heavy influence from 80s legends Depeche Mode and Morrissey. Kittrell’s vocals belie a dude of his age and have a mysterious evanescence attached to them with alternating tides of delicate beauty and forlorn experience flowing through our ears.

His voice resonates with every note and in case you’re listening to him on headphones, don’t jump out of your chair in panic if it feels as if the vocals are coming from within your head instead of the headphones. If Morgan Freeman is the voice of God, then I’m pretty sure Chris Kittrell would be the voice of our inner conscience.

The minimalist approach to music production works wonders as it allows Baby Alpaca to bitchslap us with raw emotion to a softly enchanting soundtrack crafted from cello, guitars, drums and even the auto harp. Their single “Run With You” exudes romantic nostalgia as Kittrell sings with classic Morrissey melancholic gusto.

The hypnotically dreamy music video for “Sea of Dreams” will leave you awestruck and craving for replays. But, we recommend watching his rooftop sunset solo performance of “Pierced Wing” that will leave you breathless as Kittrell seems like a shepherd tuned into the incomprehensible musical wonders of Mother Nature and tabbing it live for us ordinary folks to enjoy. Baby Alpaca’s going to invade a lot of indie playlists over the next few months, and I for one welcome our musically divine overlords.