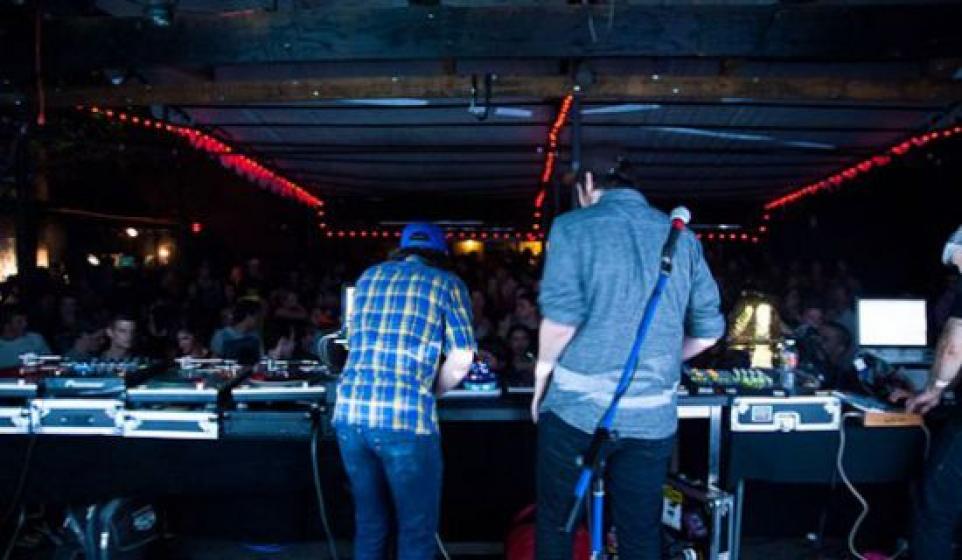 So with all the SXSW talk going on, Austin TX, has been all up in the news feeds. Speaking of Texas, didn't they just get dumped on via massive Blizzard? I heard even up to 6 ft. in some regions. That's freakin heavy! But still not as heavy as what else is shaking the Lonestar state: Heavier-than-apocalyptic-blizzard-condition-duo BAMES.

My man Glitch sent this over to me, so I decided to take a listen. Let's just start out by saying I wasn't ready... some of the bass lines almost made me literally SHIT myself, which is not a good thing in LA rush hour traffic after a monster cup of coffee.... Dammit, and the next song is called "DRTY BWTY" (dirty booty)!!!" I made it to work alright, but I almost didn't, no thanks to the Fool's Gold bad-boys.

Don't let the EP art fool you though, these tunes are not airy sugar-coated cartoon-like-laughables...Oh no, that wolf means fucking business. Brain-wobbling drum and bass modulation plows through everything, so don't worry about the snowstorm. Plus if the plows can't get to ya, "Fine Lines" is hot enough to melt that shit faster than butter on a radiator.

Still not convinced? Not really sure why the hell not, since they're flyer than a goddamn Chrome Eagle!

Dark and rich, it's like an acid-induced chocolate factory boat ride; Unbelievably sweet :-). Straight chaos running through the speakers on this one, and when i say this thing is a freight train, it's a god-damn freight train. I can feel the sinews of logic and reason dissipating as these haunting sounds creep in and scatter all over the place. This is madman style psychosis shit, like if Stanley Kubrick's mind could be translated into bass heavy electronic music, then this would be the entrance song.

Check out their soundcloud page for all sorts of bass-laced-deliciousness.