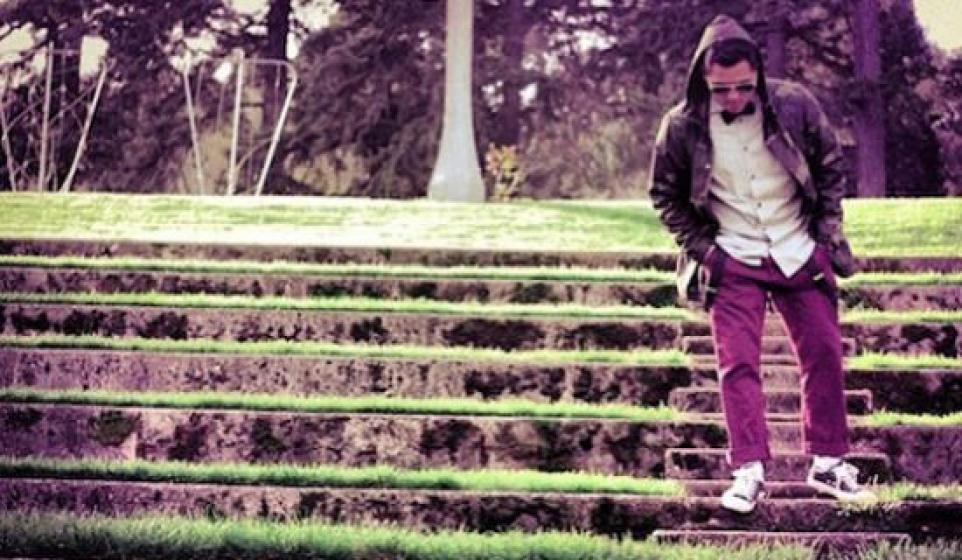 Stomping straight from the get-go like a chain gang on the highways of rural Alabama, "Someday" by bluesy new artist Eddie Gomez does not mess around. Hard-hitting, driving beats back up Gomez's strong, soulful vocals. The almost overwhelming beat covers up some deftly maneuvering guitar work while an orchestral sting section lends an ominous ambiance to the whole affair. It's not hard to picture Gomez sitting at some dusty crossroads, '54 Gibson perched on his knee, waiting for the Devil to deliver this tune.

"Someday" is an anachronism. It belongs in the backwater bars of Mississippi or Tennessee, but Gomez hails from Hollywood, CA. I imagine there's more than a few stunned looks in the crowd when Gomez drops this track in LA.

It's unfortunate that this is the only track on Gomez's SoundCloud. (I'm just going to ignore the pusillanimous cover of "Call Your Girlfriend" after hearing "Someday".)

Gomez is releasing his first EP on August 27, and the single is "Someday." I hope for the sake of strong, soulful music everywhere that the rest of the EP doesn't pussyfoot around and hits as hard as the single. Gomez has talent, and can write a raw, real tune. I just hope he has the wherewithal to avoid the temptation so many new artists face to write light-hearted acoustic love songs and will keep writing tracks like "Someday."