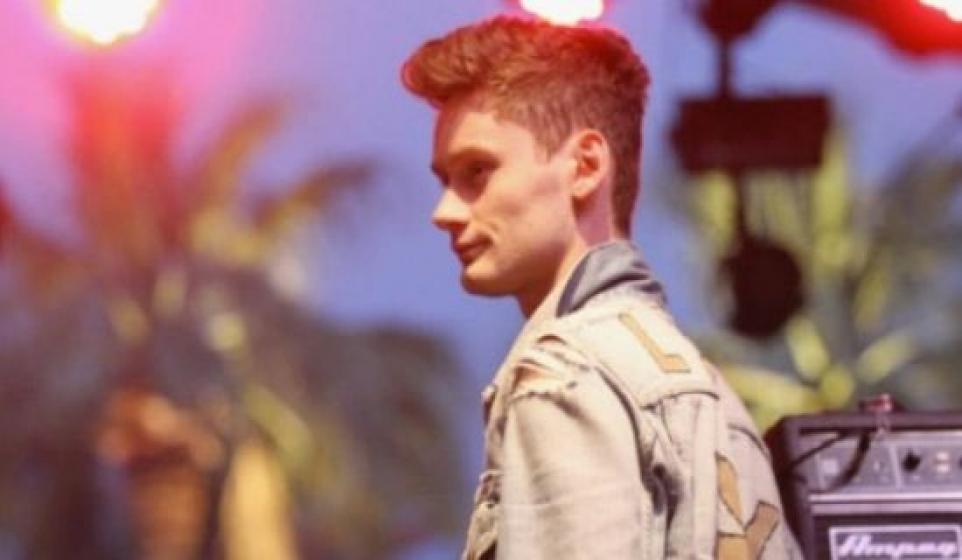 It’s barely been one year since leaving his much hyped Manchester-based band, Wu Lyf (and in turn, causing their disbandment), but frontman Ellery James Roberts is already back in action releasing new material. Wu Lyf’s only album, Go Tell Fire to the Mountain, was a favorite amongst the Pitchfork crowd and I’m sure his solo stuff will be just as much of a hit.

During the very beginning of my first listen of “Kerou’s Lament,” I thought it sounded like your typical indie rock track of 2013 that will eventually wind up in a commercial selling an iPhone or some shitty tablet. But I was instantly proved wrong when the vocals came in and the track began to build, and it was clear that it was way too attention grabbing to be used as background music for selling electronics. Roberts’ gruff, rich vocals are heavy with emotion, which can create some “what the hell is he saying?” moments, but that Bruce Springsteen-mixed-with-Win Butler-voice is worth the deciphering struggle.

The video itself is kinda on the unsettling side, focusing on a little girl who holds a poster that reads, “What does it mean to be free?” Maybe “being free” means being able to sample Clams Casino, Daniel Pinchbeck, and even the all mighty Lil B, even though (according to his video description) they’re all "used with love and no permission"? Who knows. The track’s most powerful, shining moment is when Roberts repeats the line, “to the powers of old, to the powers that be, you have fucked up this world but you won't fuck with me” (and if I could understand more of the lyrics, I would probably be impressed with those too).

The video hits its peek once the girl starts head banging and pouring gasoline on herself, then comes together at the end after a few seconds of silence and a flickering screen, when a sample of someone speaking about some anarchist ideals is mixed in a way that creates its own music to close out the track (#art). There is no doubt that this is a track that will leave its mark and stay with you from the first time you hear it.

Make sure to ‘like’ his FaceBook page if you want to be the first to hear what he does next. And shout out to Curator, Pucken, for discovering this amazing new track!