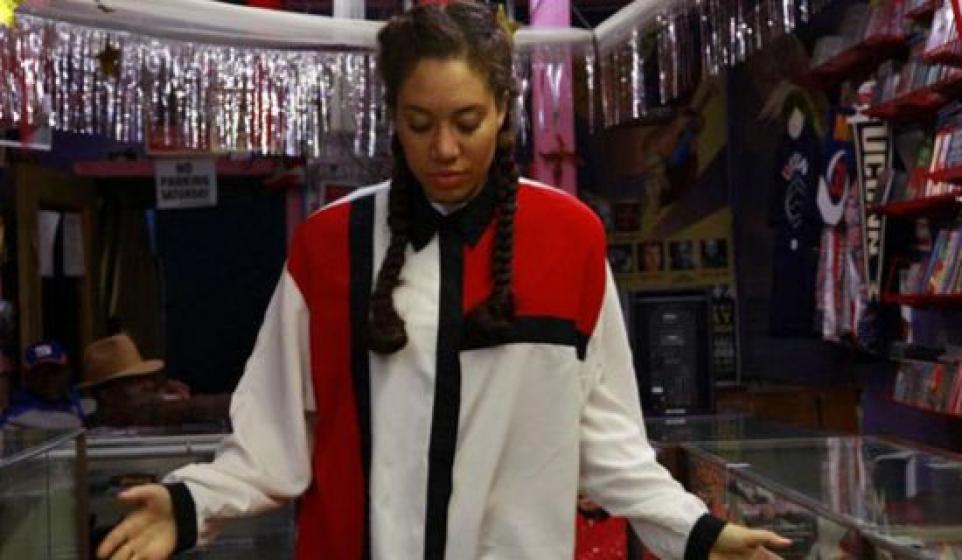 On first listen, Brooklyn duo, occasionally a trio, BLKKATHY sounds like the love child of Sade, Grimes, and Rhye (Fellow Brooklynites Friends were the cool aunt in this analogy, or maybe bands from the same region just have sonic similarities).

Like all residents of the world's hippest borough, BLKKATHY is obsessed with authenticity, hence why their first single is called  "Fake Bitch."

(I'm not fully up to date on my women's lib, but is it okay now to call a woman a bitch, or is that something only other girls can do?)

"Fake Bitch" is the perfecter introduction for BLKKATHY, since everything that makes them great is present here. You've got the deep, bass-heavy beat, creatively delivered emo lyrics, and the permeating feeling that something weird (in the best way) is going on.

The band's mission statement is to "Make your booty bounce and ruin your makeup." While I think their songs would be particularly difficult to dance to, they are incredibly catchy in a sad-bastard-feeling-sorry-for-myself sort of way. (And it should be noted that I am not a good dancer.)

Despite my objections, the bitches in BLKKATHY are insistent that their tracks are indeed rump shakers, saying, "These are dance songs, so it's okay to cry as long as we feel ashamed of ourselves."

There you have it.

Perhaps I'm just a regionalist, but listening to the music of BLKKATHY reminds me of the HBO show Girls. Both are not for everyone, a large section of people will hate and dismiss it without even giving it a chance, and both give voice to emotions that the the majority of females actually deal with. Both BLKKATHY and Girls create art that actual women can relate, whereas the rest of pop culture is fine treating them like two dimensional archetypes.

For instance, I can't think of a single women I've met who would struggle relating to the sentiment of "Dem Bones."

Not everyone is going to like BLKKATHY, just as not everyone is looking to shake their ass while crying off their makeup. But just like the people who are going to love BLKKATHY (LIKE US!), there's probably a lot more of them out there than you think.