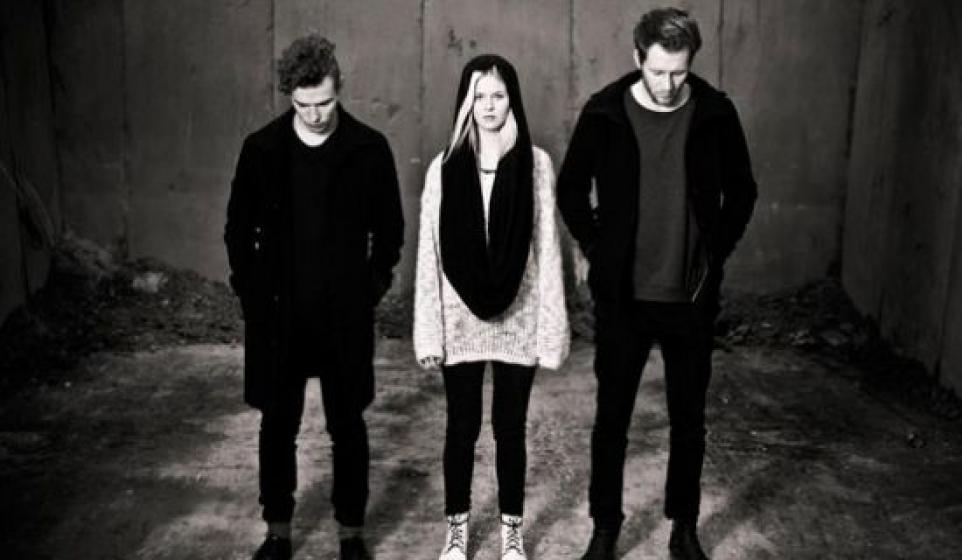 So, my stomach is finally settling back to itself after the weekend long festivities of guzzling all sorts of alcoholic beverages while simultaneously stuffing fists full of meat down my throat. Yup, the good ole' American tradition of barbecuen'-and beer guzzlin'...and it just makes you feel like a man. Even if you are the girliest of men, standing behind a grill, flippin mass chunks of meat and drinkin' beers is said to immediately boost your testosterone levels by 450%. I'm serious...

American gluttony overload, so I turn me earsies across the pond to listen to some fressh Danish / Icelandic tunes from the trio Kúra. Formed in 2009, the trio of Bjarnfoss, Thorisdottir and Liebst have been serving up some gems especially with the remix of their song, "Gogo," go go go gooing huge in 2010.

Dreamy and dark are the sounds projecting off the subway walls...bouncing with that aqueous-dubbed-out vibe that submerges you beneath that lovely layer of auditory butter that just spreaddss itself as farrrrrrr as the eye can seeeeeee. "Anchor" is what I imagine talking to Bjork would be like, if she was some mysterious mermaid, and we had met at the bottom of the ocean...And who knows, because Bjork actually might be a mermaid, I mean she's convinced us she really is not from this planet already.

I feel like they have a pretty marketable look too. Live electronic act for fashion shows? Dior and shit, I don't know, I feel like it works...The right combination of skinny robots, dark eye makeup, and some feathers could make a pretty cool runway show no? Yeah, I don't care either...And you shouldn't always listen to me if you're not sure, you should just "Follow Your Heart." ;-)

Bee tee dubz, I did not mention Bjork because this group happens to hail from a similar region, because that would be the easy thing to do...No, no children. The swan princess herself will be in LA next week and I'm getting a chance to check her out finally!! Be jelly.

Shit, my ADHD is bad today. Back to Kúra... Check out their latest offering, "Multicolor," below.

Thanks to Duffster one of our top Curators at BitCandy turning us on to NONONO.  You can find out more about being a Curator and getting your swag on here.  http://www.bitcandy.com/ars/how_it_works