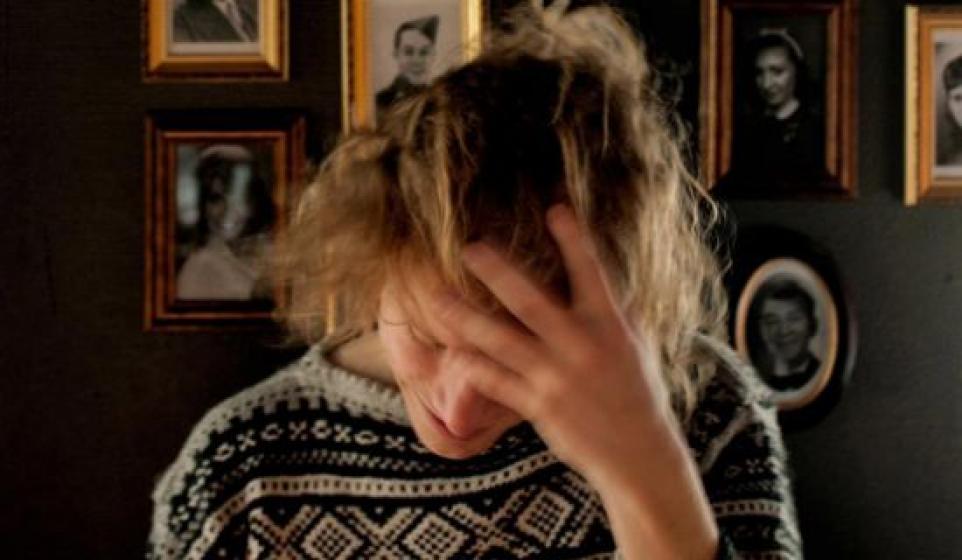 Moddi is one of fav new artists...a lost little Norwegian boy, just trying to find his way home. He’s slightly angry, quite sad but mostly, he’s just trying to get through his twenties. Moddi wrote his debut record in 2010 called Floriography, and after it somewhat exploded onto the European folk fest scene, Moddi got bored. He got tired. He took a break. A mid-breakout crisis if you will. But catching up on his Tevo schedule just wasn’t enough, so Moddi ventured into the woods (and probably the ocean too) and came back with an album that is a whole lot more philosophical than the first one, and damn, was the first one philosophical.

It’s a Monday morning and the weather is gloomy and my head still hurts from Saturday, and Moddi sounds just about exactly how I feel right now. Young. Lost. In need of something “deep” and that I can pretend will point my life in the right direction, or at least, travel with me on this journey of losing my teenage self and trying to find a way to cope with being older and everything that comes with it. That’s what Moddi feels like to me.

Rubbles: As an opening track off a debut album, it’s got all that it’s supposed to have. Long intro. Whininess. Emotionally-packed name. No wonder I hate opening tracks! “This air is too heavy to breathe.” Well, I’m having trouble getting into the sorrow of this song for that exact reason too.

To my ears, he’s smooth, without being soulful. He’s rough, without being harsh. He’s melodic, without making me want to kill myself. His writing is sharp. It’s on point. It’s deep enough to contemplate upon when your girlfriend leaves you, or when you realize you hate your job or when you just can’t watch anymore Game Of Thrones because it’s making you hate the twenty-first century. Moddi hates the twenty-first century too. He also loves messy blonde hair and granddad sweaters.

House by the Sea: Enter a less emotionally-draining Moddi. I could totally see myself listening to this in the background, sort of whenever. Let’s all go to the beach with our acoustic guitars and our cigarettes and have a great spiritual experience. And I’m not usually one for getting my feet dirty. I get this song. It means something to me. I’m not quite sure what exactly it is, but it’s there. If you don’t, well, please close this tab now and carry on listening to whatever repetitive drivel you enjoy.

His first album sounds great, but seems a bit more rambley than the latest. But hey, writing music in a concrete basement shower of some dormitory in Norway proves well for focusing on what you’re really going through and pulling the life right out of you and spewing it into a song. Yes, this album might make you want to escape. It will make you want to leave the hustle of 2013 and head to wherever it’s more like a Moddi song.

But hold your horses, because albums like this were made to make you feel alone. Blissfully alone and confused and in solitude, no matter who you love or who you are.

Has this guy been overhyped?  Hmm...Possibly?  Is he still worth listening to? Um...Abso-fucking-lutely. That is, if you’re into folksy Norwegian fellows who seem to have figured out a little more about life than you have.