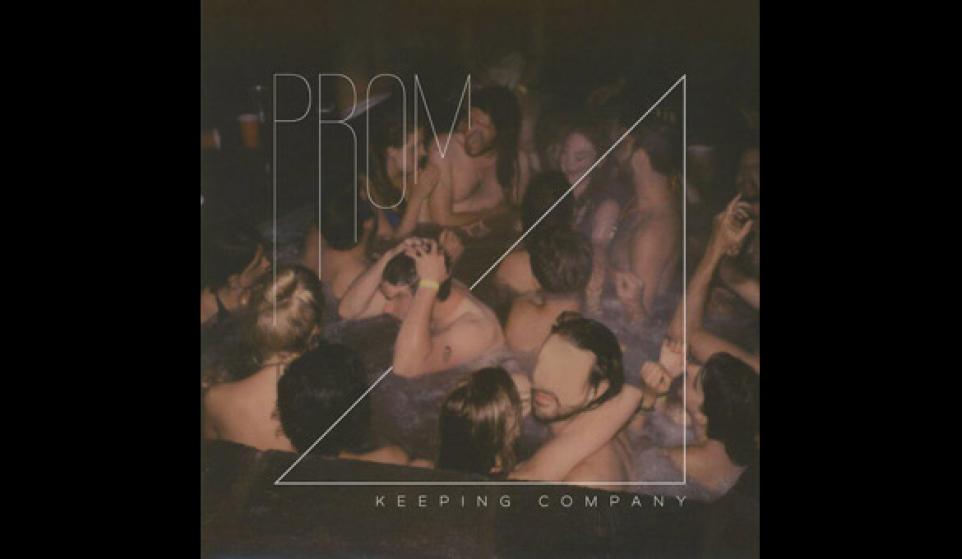 The opening of PROM’s most recent single, “Flickers” sounds like the opening to New Order’s “Bizarre Love Triangle.” In fact there seems to be a heavy 80s electronic feel to the entire backing track in “Flickers,” but aside from that it’s dream pop and that’s just fine with me. Love me some sparkly, pretty, shoegazin’, motherfucking dream pop, and it would appear that curator Callmearry agrees with me.

I believe I have extolled the benefits of dream pop and shoegazer music enough on this site to make the Editor-in-Chief wonder why he hired me, but hey, he’s the one assigning me these lovely, dreampoppy new artists, so let me clear my throat on the subject one again. There’s pop, and then there’s dream pop. There’s indie, and then there’s shoegazer indie. I feel these little-known sub-genres are a lovely, minor-keyed respite from what people normally think of as “pop” or “indie.”

In my day, the shoegazer sound was started by the infamous Phil Spector (look him up, his story is ironic to say the least), who developed the idea of the “wall of sound” production, which was to say the sound template was filled not only with singular guitars and one-toned vocals, but with multiple guitars which had not only feedback but echo effects built into either the production or on the pedals. The vocals were also usually echoed and softly spoken, with elusive and loosely-interpreted lyrics. The effect was pretty but also melancholy, blown out and thoroughly indie rock. Great shoegazer bands of the 90s included The Verve, Hum, Catherine Wheel and My Bloody Valentine. Spector developed this sound long before these bands, but the shoegaze movement really took off in the 90s, and I, personally, have never looked back.

Since the 90s, shoegaze has morphed into dream pop and a new term I just found which I like very much, “Nu-Gaze.” How cute is that! I like this term better than dream pop because it keeps “pop” out of my shit. So now we have this huge wave of Nu-Gazers who have merged shoegaze/wall of sound with electronica in the 2000s and 2010s, and again I couldn’t be happier. Acts like M83, Phantogram, Flume and Grimes (yes, I said Grimes) are making my job much easier as a music writer with a penchant for electronica and minor chords and as an erstwhile yoga instructor. So softly rock on, little Nu-Gazers; I have your back.

PROM, a Brooklyn duo consisting of Gabriel Stanley and Ella Zoller, joined the dream pop/nu-gaze club about a year ago with their dubsteppy single “Darlin.” Since then they have been signed to Ghost Beach’s label, Crazy Heart Records. They put out their first EP, called Keeping Company about two months ago under the label, and “Flickers” is the first single off that EP.

The rest of the tracks on Keeping Company seem to be a little slower and less New Editiony than “Flickers,” making that choice as a single sort of interesting because it doesn’t necessarily characterize their sound. That may have been a conscious choice, however, because I suspect PROM have pretty good range and will be venturing into different genres as we see more work from them. They slower, more dubby beats are what seems to be a common vein throughout the rest of the songs, and all of PROM’s tracks to-date are also typified by lovely call-and-response male/female vocals.

Stanley and Zoller also seem to share equally in the production of the backing sounds, as is exemplified by the videos they did with The Wild Honey Pie, a music promotions collective in Brooklyn who does concerts and studio sessions with up-and-coming indie bands. PROM did two such videos for their tracks “Stanhope” and “My Line,” and you can clearly see the equipment Stanley and Zoller use for their performances. No pushing play on a Mac for these guys – we’ve got live keys, drum pads and MIDIs all over the place. Here’s the video for “Stanhope,” which also happens to be my favorite song on the EP:

The culmination of all my ranting and classifying in this review is a very promising group who already have a good handle on dream pop, my favorite kind of pop, and who seem to have a clear view on where they’re going in the future as well. Their work is definitely worth looking into and following as the world catches up to their talent.

The entire Keeping Company EP is available to stream on PROM’s SoundCloud page, and if you have Spotify it can be streamed and purchased there:

or Amazon or itunes. Pick your poison, just make sure you pick up the album. Great, wintery dreampoppy nu-gazey fun for whatever your playlist format. 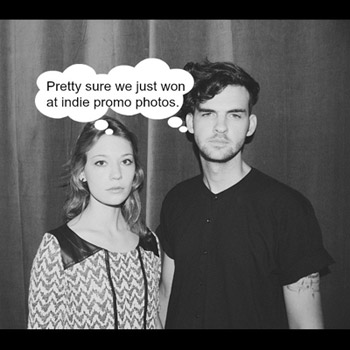